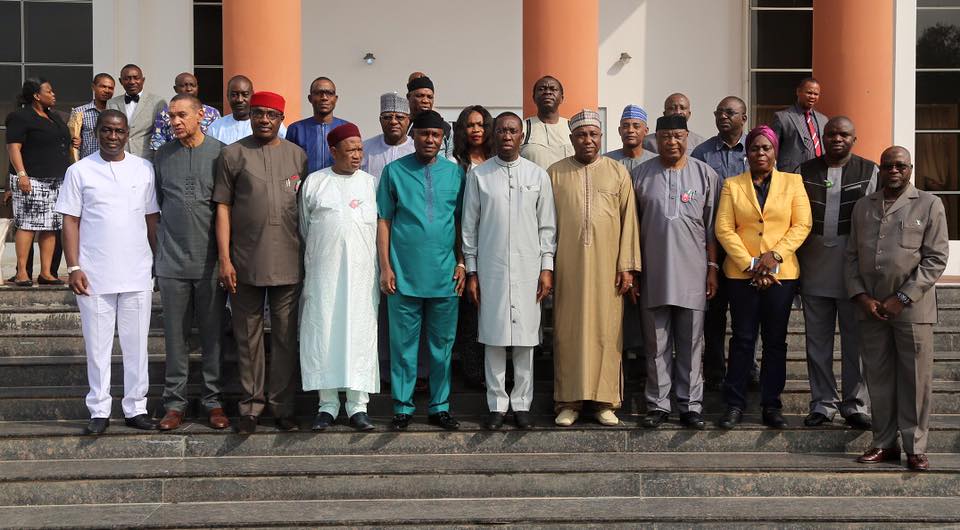 Joint National Assembly Committee on Works led by Senator Kabiru Gaya, Monday 19th Dec. 2016, visited Delta State for an oversight on the performance of the 2016 budget.

Receiving the Joint Committee Members to the State, Governor Ifeanyi Okowa said that the legislature must cooperate with the executive arm in carrying out their oversight functions in order for the growth of democracy.

“National Assembly is doing very well, it must continue to maintain their watch dog functions, you must work hand in hand with the executive and apply your watchdog functions”, the governor said, adding, “the strengthening of the legislature is vital for the democracy”

While decrying the destruction to the roads by articulated vehicles, Senator Okowa called for the regulation of the movement of heavy duty vehicles in the country.

“There is the need to have a policy direction in which heavy duty trucks will not be allowed to ply designated roads, a lot of roads have been destroyed by these trucks especially those above 30 tonnes as they ply roads not originally designed to carry their weight”, he said, adding “some federal and state roads have failed because of this, we need to designated appropriate roads for them to ply as is done in other clime”.

Senator Gaya informed Governor Okowa that they were in Asaba to supervise the progress of work on the second Niger Bridge “which is dear to the federal and state government and link Delta State and other South Eastern States”.

He said that the bridge is a Public –Private project and government has earmarked funds to meet its part of the counterpart funding. Gaya commended Governor Okowa for his infrastructural development projects and the quality of state representation in the National Assembly.