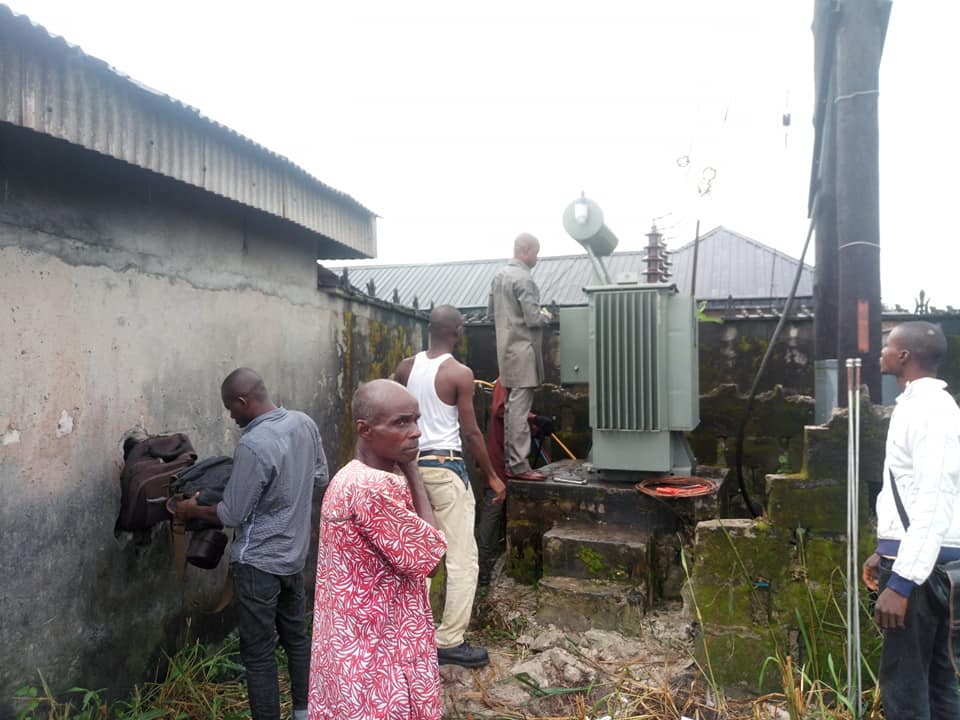 Following several years of total blackout and neglect, residents of Otor Iyede community in Isoko North Local Government Area of Delta State, on Wednesday, October 10, 2018 were adorned with contagious jubilation as respite came their way when they took delivery of a brand new electricity transformer.

The transformer which was installed immediately installed at Ekreme quarters, in the community center was provided by the Convener, Kome Support Group for Okowa/Otuaro 2019, Hon. Oghenekome Okpobor.

Hon. Oghenekome while speaking, thanked God who has made it possible for him to help his people as he could hardly bear them go through such terrible situation and hope that with the installation of the new electricity transformer, the lighting situation will receive a massive boost and the economic and social lives of the people will improve rather fastly.

The Chairman of the quarter, Mr Austin Oba said “for years we have suffered total blackout in this community due to the faulty transformer we had. We cried to several political bigwigs and other individuals but to no avail. We spoke to Hon. Oghenekome just once and he promised to respond within three days. Today, he has fulfilled his promise.

We are grateful to him and promise to also fulfill our promise by standing by him politically anytime, especially in the reelection of Governor Ifeanyi Okowa”.

Also speaking Mr James Igbudu, Chairman Uruowhe quarter said they were amazed at how swiftly he responded to their cry having gone through unspeakable hardship in the past years.

Meanwhile, the Director General of the group, Mr Ashakah Orobosa stated that one of their core mandates is to put smiles on the faces of people in anyway they can and enjoined the people to expect more goodies from the group.