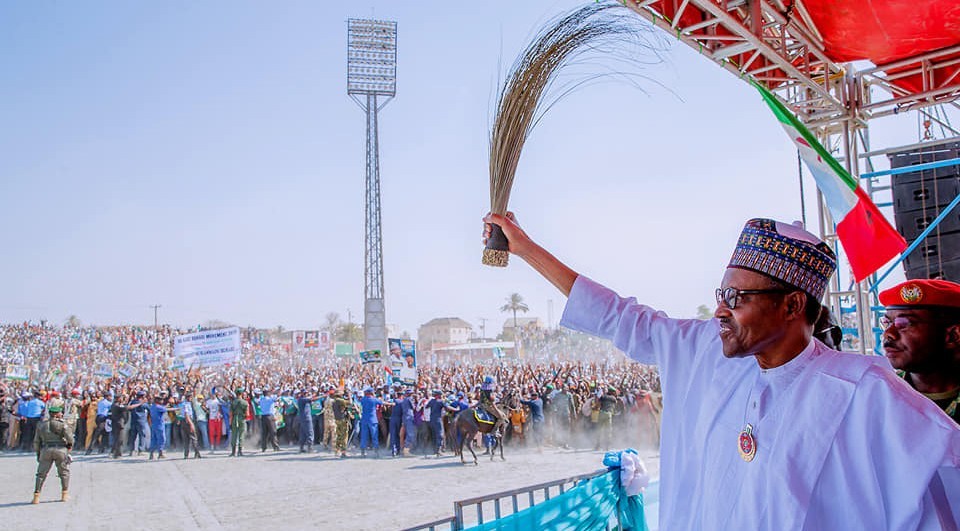 The Returning Officer for the 2019 presidential elections, Prof. Mahmood Yakubu, made the declaration on Wednesday, February 27, 2019 at 4.37am.

Making the declaration, Yakubu said: “That Muhammadu Buhari, having scored the highest number of votes and satisfied the provision of the electoral act is hereby declared the winner of the presidential election.’’

Having been declared winner, President Muhammadu Buhari thanked Nigerians for the new four-year term vested in him.

NAN reports that, Buhari told his campaign team immediately after he was declared President-elect by the Independent National Electoral Commission (INEC) that he would continue to run all inclusive government to ensure that no section of the country is left out.

He said: “Although Saturday’s elections were relatively peaceful, troublemakers in a handful of states attempted to disrupt an otherwise orderly process. Security agencies will bring to justice all those arrested in the process.

“I am very sad at the grievous loss of lives during these elections. Security agencies will step up their efforts to protect voters in the forthcoming State elections.

“I would like to commend our security agencies, as severely overstretched as they are, for handling the difficult task of securing the country during the election period.

“I will like to make a special appeal to my supporters not to gloat or humiliate the opposition. Victory is enough reward for your efforts.”

The president-elect who would receive his certificate of return later on Wednesday said that he would pursue his agenda more rigorously with people being the focus.