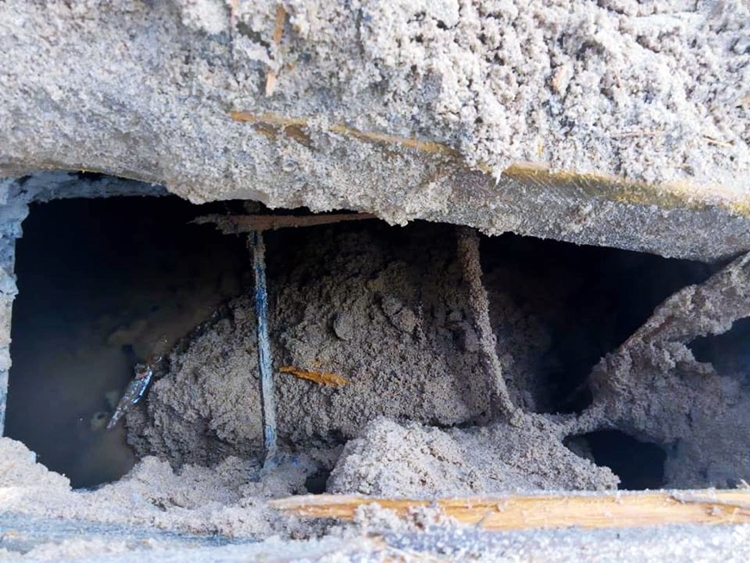 For executing a poor job which they described as “substandard, corrupt and fraudulent”, concerned indigenes of Ikpide-Irri riverine community, Isoko South local government area of Delta State, have once again called on Governor Ifeanyi Okowa to immediately blacklist the marine firm, PORTPLUS limited, handling the almost a billion naira road project in the community

For over a year now there have been a series of protests and backlashes from the community indigenes against the contractor who is an indigene of the community following the substandard job on the project.

In their renewed agitation for a standard job on the community road, the concerned indigenes urged the governor to immediately blacklist the marine firm handling the project and award the second phase of the contract to a more competent firm known for construction of quality roads that can stand the test of time.

The fresh calls by the indigenes for the blacklist of the company followed the recent flooding of houses in the community as a result of the poorly job done by the firm.

It would be recalled that Governor Okowa, had in early 2017 awarded the first phase of the Ikpide-Irri road contract to PORTPLUS Limited at the cost of N736, 404, 555.60, with the elder brother of the contractor and president general of the community, Michael Omojefe saying the contract was a ‘Kola-nut’ contract given by the governor as appreciation to his younger brother for contributing to the governor’s elections in 2015.

Raising the fresh alarm of substandard job, the indigenes disclosed that instead of the contractor who is an indigene of the community to execute a project that will stand the test of time, he is busy cutting corners to maxima huge project to the detriment of his own community.

Condemning the poor quality of the job in a statement, signed on behalf of the concerned indigenes of the community by Sabastine Agbefe and Omohode Richard, noted that PORTPLUS Limited owned by one Immanuel Emoefe, incorporated in 2004 with Registration Number (RC No 607566) handles operations as a Marine Logistics and Support Services provider as such has no bearing in construction of roads.

“We received with great joy, the news that the contract was awarded to our own son, an indigene of the community where the job is sited. But it is however sad to note that a project designed by your government to bring smiles to the faces of the residents of the community is been executed poorly just to maxima huge profits. We urge you to revoke the contract immediately.”, the statement warned.

As at the time of this report, when our correspondent contacted the firm’s site engineer, Frank Nnamdi, simply said he was not permitted to speak to the press following the controversy the project has generated for the past one year.

Meanwhile, the state Commissioner for Works, James Augoye, who had last year during an inspection of the project declared it substandard, said last two weeks during a press briefing in Asaba that all complaints on the project has been looked into for a high quality delivery, disclosing that the state executive council meeting has approved a redesign and review of the project.

“His Excellency said and I want to also re-echo it that there is need for communities to take ownership of projects that are been constructed in their communities. It will assist us to monitor the contractors and even monitor our field Engineers to ensure that there will be no compromises.”