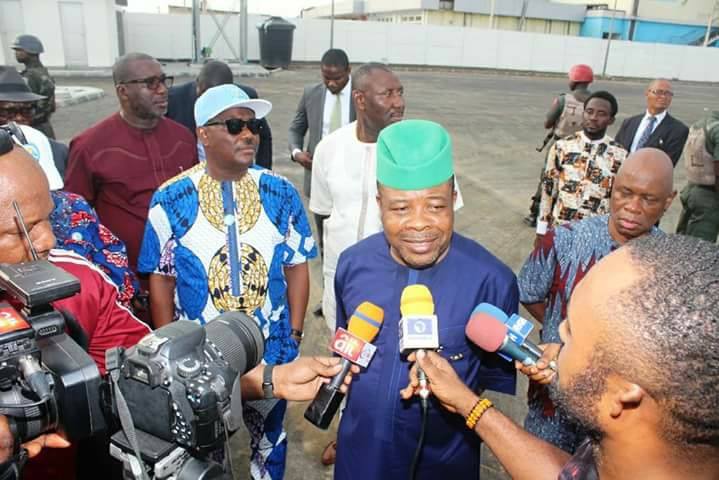 He expressed happiness with the quality of contractors engaged by Governor Wike to build a new Rivers State.

Rt. Hon Emeka Ihedioha noted that he appreciates the enormous work done so far by Governor Wike because he has first hand experience of the state, having been groomed in Port Harcourt said, that the projects have transformed the fortunes of the state.

In his words, “This governor is a blessing to the people of Rivers State. I am impressed by the profound work he is doing to move the state ahead. I know the extent of work done so far because I grew up here in Port Harcourt at Captain Amangala Street.”

“This governor has obliterated the upland and riverine dichotomy. He has United the people of Rivers State through projects and politics of inclusion.”

The Former Federal Lawmaker said that Governor Wike is a good example of democratic leadership and the delivery of quality projects for the growth of society.

On the Ecumenical Centre, Ihedioha said that Governor Wike has through the project thanked God for his kindness to Rivers people. He said the project will attract more blessing for the state.