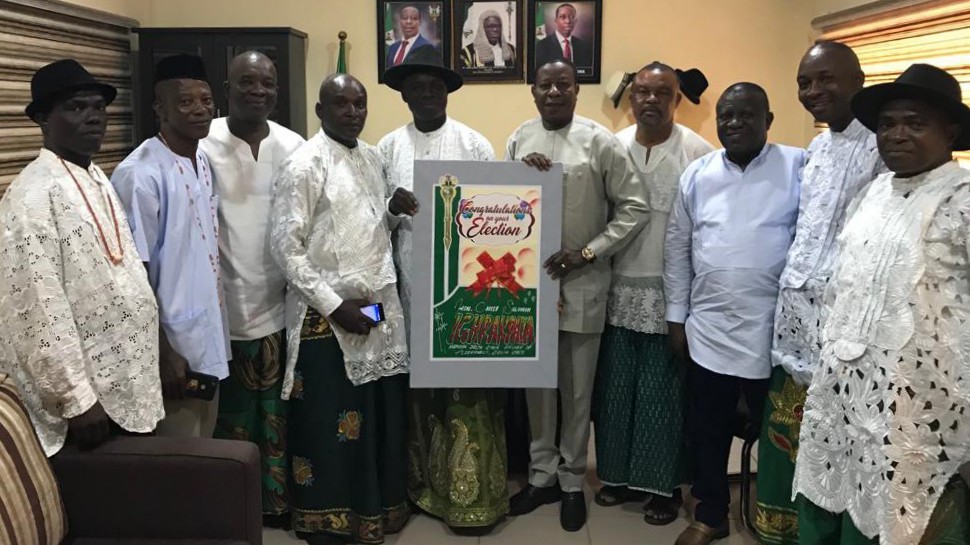 The Member Representing Uvwie Constituency in the Delta State House Of Assembly and Deputy Chief Whip of the House, Hon Solomon Ighrakpata has called on every stakeholders in the Delta State project to contribute to its development.

Hon Ighrakpata who made the call when he played host to the executive of Urhobo Elite Forum in his office in Asaba, said the support of Deltans was needed in the state government’s drive for a new Delta State.

The Lawmaker who is also the Chairman, House Committee on Special Duties, said the Okowa’s led administration was doing all it could to ensure that the state is developed.

He therefore stressed the need for a value change among the people, stating that the era of politics of bitterness was over.

Hon Ighrakpata maintained that collective efforts of critical stakeholders would fast track progress in the state and assured of the commitment of the Seventh Delta State House of Assembly to join forces with the Executive to grow the state economy.

The Lawmaker said Uvwie is on the part of progress and sustainable development, even as he solicited for the support of constituents at all times.

Hon Ighrakpata commended the Urhobo Elite Forum for the visit, recalling when the forum was founded in 1994 in Benin City and thanked members for their support before, during and after his election into the State House of Assembly .

He urged the leadership to remain focused in its mandate to the society.

The President of the forum, Mr Blessing Uge said the visit was to felicitate with Hon Ighrakpata on his membership of the seventh Delta State House of Assembly and to encourage him to remain a good ambassador of the forum.

Mr Uge assured of the support of the Urhobo Elite Forum to the Lawmaker at all times.

The President was accompanied by some other members of the forum.