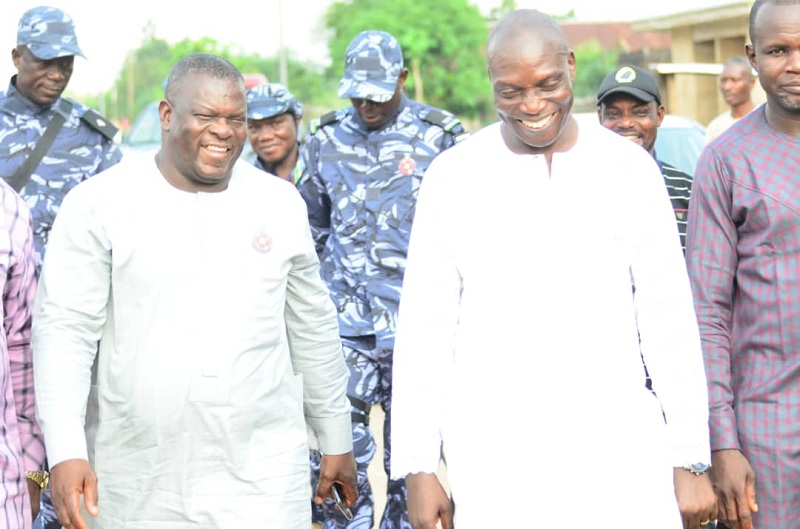 The Deputy Speaker, Delta State House of Assembly, Rt. Hon Ochor Christopher Ochor has stated that he will continue to identify with his constituents not just at happy moments but also in trying times.

The Deputy Speaker stated this at Ebedei, in Ukwuani Local Government, when he condoled his Press Secretary, Mr. Emmanuel Enebeli during the burial of his elder brother, late Fredrick Onwuma Onyemaechu Enebeli on Friday, January 15, 2021.

The lawmaker described as unfortunate the demise of Mr. Fredrick Onwuma Onyemaechi Enebeli, immediate elder brother to Mr. Emmanuel Enebeli, adding that the family should celebrate the legacy the deceased left behind.

Rt. Hon. Ochor Ochor called on his Press Secretary and other members of the Enebeli family to take solace in the fact that the deceased has played his own role in the drama of life and it is left for them whom he left behind to ensure they sustained his memory positively.

For his part, the Press Secretary to the Deputy Speaker, Mr. Emmanuel Enebeli thanked his boss for coming to mourn with him and his family at this trying time.

Mr. Enebeli on behalf of the family, promised to uphold the virtue of peace his late brother is known for.

Earlier in his message, Rev. Emueze told sympathisers to emulate the peaceful lifestyle of the deceased.

Rev Emueze recalled when he joined the deceased for a peace talk mission within Ebedei community.

Cries rented the air with friends, Family and  sympathizers weeping uncontrollably amidst their tributes and eulogies

The late Fredrick Onwuma Onyemaechi Enebeli also known as chairman was described as a peacemaker who was at the forefront to foster peace in Ebedei community.

He died at the age of 62 after a brief illness and will be fondly remembered by family, friends and loved ones amongst whom is Mr. Emmanuel Enebeli, Press Secretary to the Deputy Speaker, Delta State house Of Assembly, Hon. Ochor Christopher Ochor