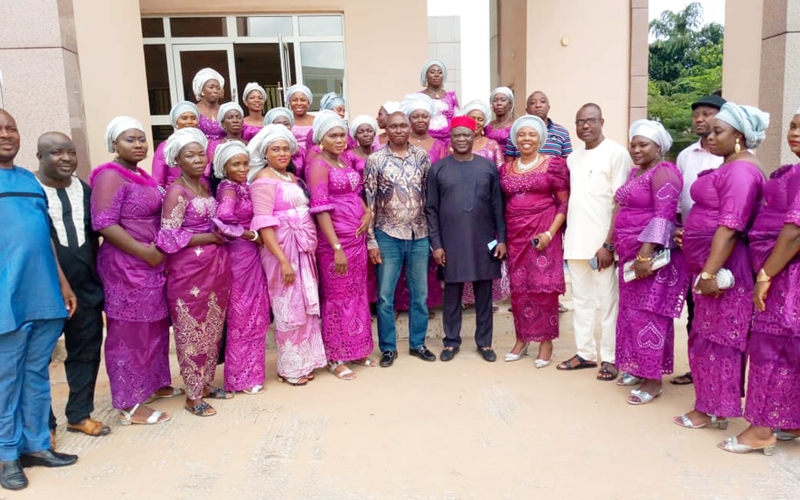 Member Representing Isoko South two Constituency in the State House of Assembly, Hon Ferguson Onwo has spoken against discrimination of women in politics.

Hon Onwo who spoke while playing host to a group of women from his constituency who paid him a courtesy visit at the Delta State House of Assembly Complex in Asaba, promised to remain gender friendly in all his activities.

The Lawmaker who is the Chairman, House Committee on Housing and Women Affairs, said he would remain steadfast in support of women in politics.

Hon Onwo recalled events during the 2019 general elections, stressing that the landslide victory recorded in his election was not without the support of the women.

He emphasized the need for better friendly environment that would encourage more women participation in politics.

Hon Onwo said he will always be fair in all areas of life, irrespective of sex or political inclination.

The leader of the group, Chief Stella Ejeh, told Hon Onwo that they were worried over non-inclusion of women in government patronage after participating in electioneering process.

She however expressed optimism that the emergence of Hon. Onwo as member of Delta State House of Assembly and Chairman House Committee on Women Affairs has offered a new hope.

While assuring that they would continue to support Hon. Ferguson Onwo to succeed in office, the women appealed that the lawmaker should put in place modalities that would encourage women participation in politics.

High point of the event was the presentation gift to the lawmaker.