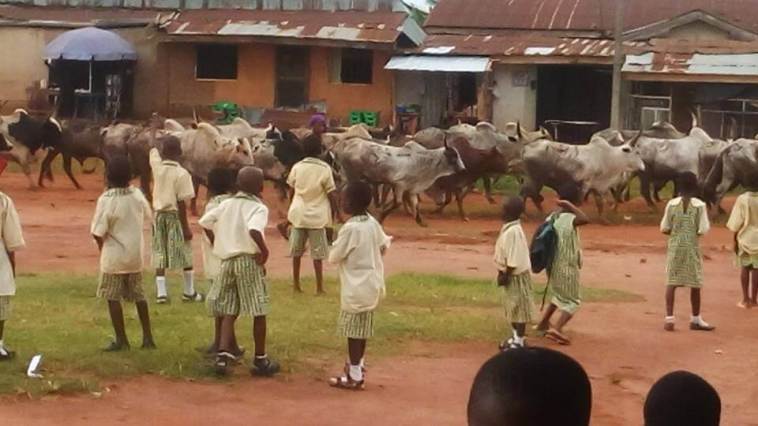 Governor Godwin Obaseki of Edo state has disclosed plans by his administration to erect Perimeter fences around schools in the state to check the increasing and indiscriminate grazing of cattle inside school premises in the state by Herdsmen.

The governor made this disclosure at a Thanksgiving at the Christ Embassy in Benin City to thank God for his victory at the Court of Appeal.

The governor who was accompanied by his wife Mrs Betsy Obaseki noted that his administration was working out measures to curtail the menace of some Fulani herdsmen in the state.

It would be recalled that last week, some cattle took over some classrooms inside Ohovbe Primary school in Ikpoba- Okha Local Government Area of the state, displacing the students and teachers.

The governor while ascribing his election as Edo state governor to the grace of God upon his life reiterated his commitment to develop Edo State and make it one of the best in the comity of states in Nigeria.

In his remarks, the host Pastor, Rev. Tom Amenkhena commended the governor for his progressive leadership adding that though he has not met him before. he has been acquainted with his developmental efforts, policies and projects.

“We’re seeing the burning desire you have, not only to develop the state, but also to transform it”, Amenkhena said.