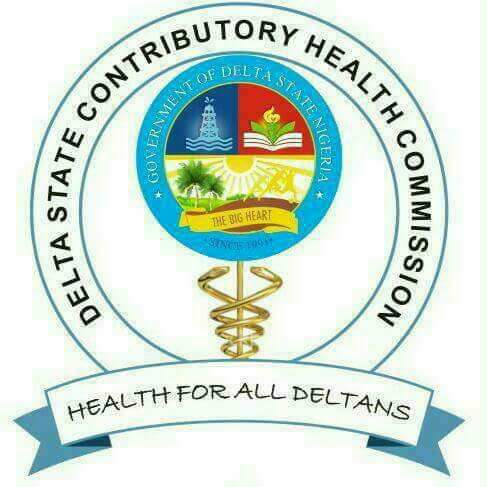 Dr Ojo stated this while addressing members of the Senior Executive Course 41 of the National Institute for Policy and Strategic Studies, NIPSS Kuru, Jos who were on working visit to the Delta State House of Assembly.

The Health Committee Chairman who represented the Speaker, Rt Hon Sheriff Oborevwori at the event, said as at September 30, 2018 the total number of enrollees in the scheme stood at three hundred and sixteen thousand, three hundred and one (316,300).

Dr Ojo explained that the Delta State Contributory Health Scheme was established after the House passed the executive bill in 2015, adding that Delta was the first state to launch the Universal Health Coverage in the country.

The Lawmaker who represents Ukwuani Constituency in the House, noted that the state government has rehabilitated one hundred and seven primary health centres across the state in order to ensure quality and efficient healthcare delivery.

He told the delegation that in addition to the Delta State Contributory Health Scheme law which had won a national award of outstanding state government health programme in 2017, the House had passed some medical related bill such as the Delta State Private Healthcare Facility law, Delta State Sickle Centre law and the Delta State Cancer Control Agency law to create enabling environment for universal health coverage to thrive.

The Chairman, House Committee on Health, said the nation’s healthcare system was in dire need of reformation as it was time to provide legal framework for a new policy shift in order to help poor Nigerians and refocus on its laudable objective.

Dr Ojo maintained that the existing National Health Policy only guaranteed consumers’ protection and access to care for citizens in paper as the insurance companies are too profit driven and fail to pay hospital and healthcare providers claims.

He recommended that appropriate measures should be adopted to rebuild public confidence on the activities of the National Health Insurance Scheme while there should be no restriction on the type of diseases covered by the scheme.

The Lawmaker also recommended that other States should emulate Delta state by providing legal and institutional framework for the implementation of universal health coverage among others.

He stated that the working visit to the state legislature was to know the legal framework the House has enacted to help the executive achieve universal health coverage.

The highlight of the event was the presentation of plaque to the Speaker, Rt Hon Sheriff Oborevwori, represented by Hon Alphonsus Ojo by the visiting Course 41 participants of the National Institute for Policy and Strategic Studies.