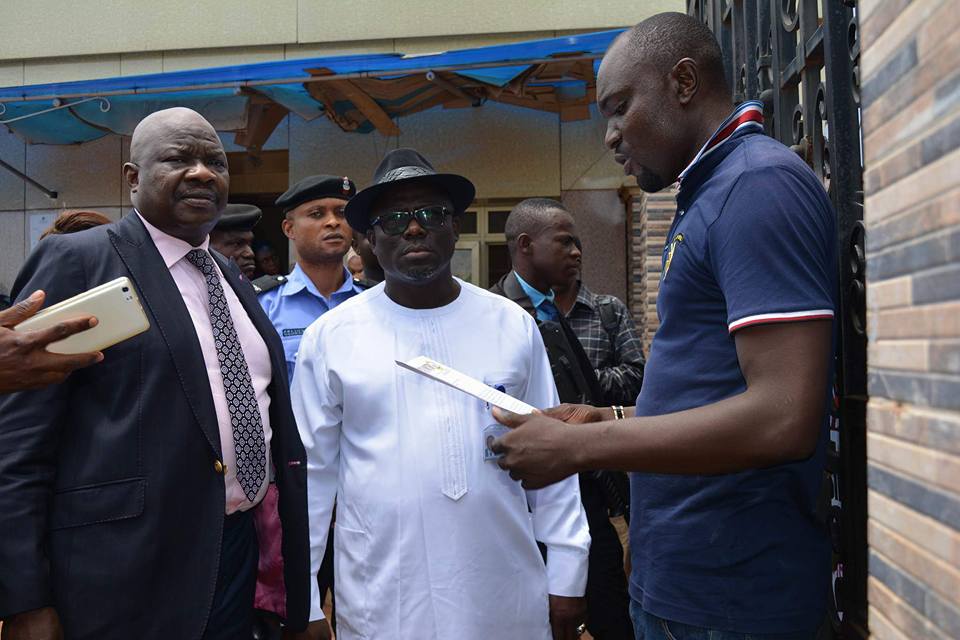 Members of the Core Delta Youth, Delta Central Senatorial District, Tuesday May 30, 2017 paid a solidarity visit to the new Speaker of the Delta State House of Assembly, Rt. Hon. Sheriff Oborevwori, at the Assembly complex, Asaba.

The group led by the Delta Central Senatorial District Coordinator Comr. German Believe, said the reason for their visit was to express their full solidarity with the Speaker Rt. Hon. Chief Sheriff Oborevwori on his emergence as Speaker of the Delta State House of Assembly.

They attributed Oborevwori’s emergence as Speaker to the grace of God and thanked the lawmakers for electing him as Speaker, while praying God to grant him the wisdom and good health to steer the ship of the House.

The group also pledged their continuous support to the House.

The Speaker who was joined by the Deputy Speaker, Rt. Hon. Friday Osanebi, the Majority Leader, Hon. Tim Owhefere and other members of the House in receiving the group, thanked them for their show of love and support and urged them to shun acts capable of destroying their bright future.

Speaker Oborevwori also advised the youths to key into the various empowerment programmes of the State Government that is geared towards uplifting their economic status through skills acquisition.

Oharisi’s emergence as the new Majority Whip followed a letter sent to the House by the State Chairman of the People’s Democratic Party (PDP), Barr Kingsley Esiso indicating the party’s nomination of Hon. Oharisi for the said position.

The Speaker, Rt. Hon. Sheriff Oborevwori while presiding over the plenary read the message and was adopted by the House.

With this development, Hon. Oharisi will take over from the member representing Ughelli South constituency, Hon. Reuben Izeze who had been the Majority Whip since the inauguration of the sixth Assembly.