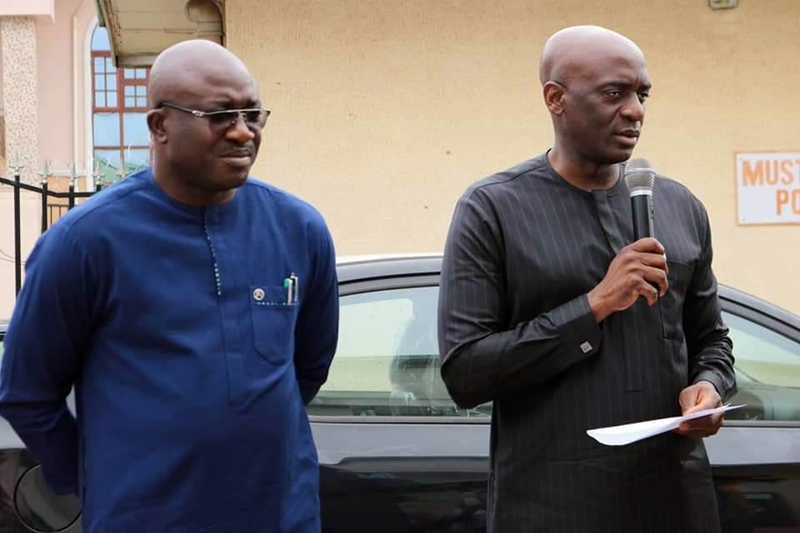 As part of measures to strengthen the education sector,the Delta state Governor, Senator Dr. Ifeanyi Okowa has redeemed his promise to reward hard work when he presented vehicles to the best Principal and the best Head Teacher in the state.

Governor Okowa while presenting the vehicles on Friday, October 11, 2019, charged the recipients to continue to work hard and urged others to emulate the principal and the head teacher and sustain the spirit of hard work at all time.

The Governor who was represented by the Secretary to the State Government, Mr Chiedu Ebie said the award of excellence which commenced with Nigeria Union of Teachers NUT was good as it will enable government reward diligence saying, “to win, other teachers and principals must work hard”.

Governor Okowa congratulated the recipients and wished the retiring principal Mr. Okolafor Fidelis the best in his further endeavor.

Speaking, the commissioner for Basic and Secondary Education, Chief Patrick Ukah commended Governor Ifeanyi Okowa for rewarding handwork and thanked the Secretary to the State Government, Mr. Chiedu Ebie who started the process of rewarding excellence.

Chief Ukah expressed happiness with the recipients and said it was always fulfilling to see hard work rewarded.

The recipients who thanked Governor Ifeanyi Okowa for identifying and rewarding hard work on the education sector said they were overwhelmed.

They noted that the success was achieved with the support received from other teachers, students and others and thanked all who contributed in one way or the other towards the achievement.

They pledged to continue to work hard and urged other teachers and principals to put in their best at all time. The highlight of the ceremony was the presentation of the vehicles, two GAC salon cars to the awardees.