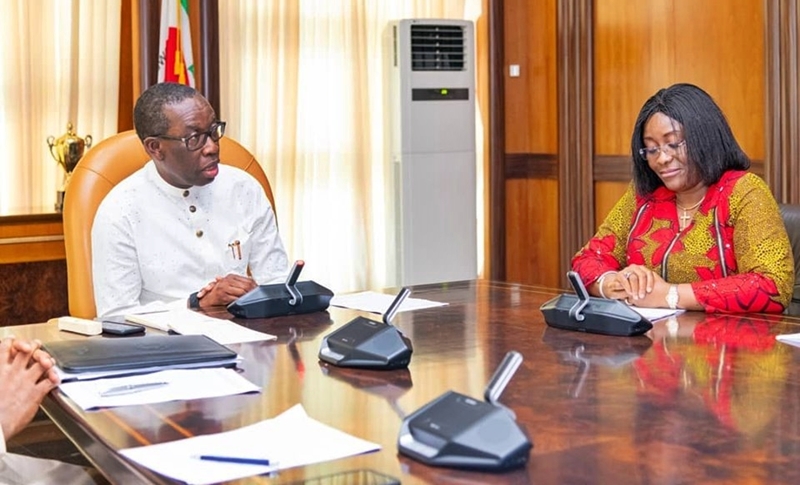 … To Flag Off Distribution Of Long Lasting Insecticidal Nets June 7

Delta State Governor, Senator Dr. Ifeanyi Okowa has called for the collaboration of all stakeholders in the health sector in the achievement of universal  health coverage  in the country.

Speaking on Tuesday, May 14, 2019 in Asaba when he received in audience, stakeholders in the health sector under the National Malaria Eradication Programme led by Dr. Evelyn Ngige, Senator Okowa said that to achieve universal health coverage in the country and eliminate malaria by the year 2020,  all stakeholders including global health partners need to cooperate and support government’s efforts and programmes  that impact positively on the people.

While expressing his delight that Delta State was chosen as one of the pilot states for the National Malaria programme, the governor assured the committee and global partners of the readiness of his administration to collaborate with them to achieve success in the fight against AIDS, Tuberculosis and Malaria.

“We need to take the advocacy to the grassroots; we will mobilise the traditional rulers, community leaders and other stakeholders in the communities to ensure the success of the programme for our people,” he stated, adding, “this programme in addition to our Contributory Health Scheme will help in the achievement of  universal health coverage and delivery for our people.”

While commending the Federal Government for the national malaria programme initiative, Governor Okowa  said that the flag off of the distribution of Long Lasting Insecticidal Nets (LLIN) campaign in the state would be on June 7, 2019 promising his administration’s support for the successful campaign.

He advised the federal government to take a critical look at the high population of the country and develop programmes to check its growth for universal health programme to be achieved. Governor Okowa flanked by the Replacement Campaign and Other Malaria Interventions Team, in Government House Asaba.

Earlier, Dr. Ngige, who represented the Minister of Health at the occasion,  said that they were on an advocacy visit  to Governor Okowa  on the Roll Back Malaria programme and the distribution of LLINs explaining that Delta State has been chosen among other states for the pilot porgramme for the elimination of malaria by the year 2020.

She called for counterpart funding and other logistic support for the success of the programme in the state.