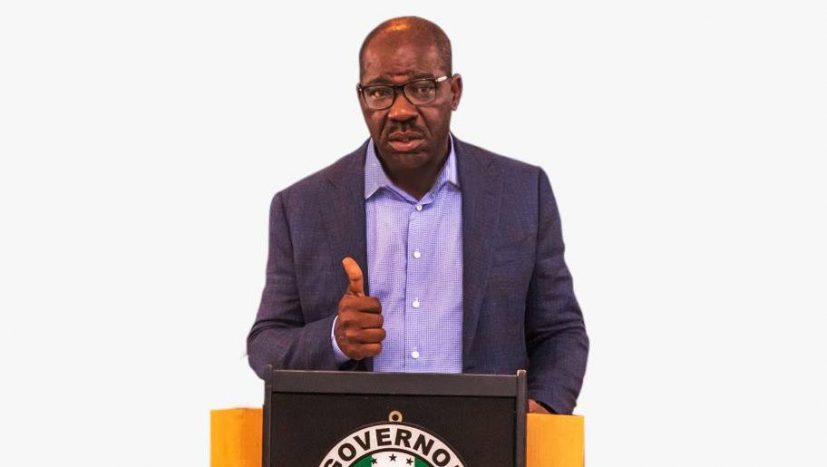 He  also ordered the immediate suspension of all Heads of Departments of the council for the same offense.

Obaseki gave the order when he paid an unscheduled visit to the council secretariat in Uselu, Benin City.

The state governor reportedly paid an unscheduled visit to the secretariat as early as 8:20am where  he found out that some of the staff, Head of Service and other Heads of various  Departments were yet to arrive their offices.

It was learnt that immediately the governor entered the council, he directed that the gate be shut  against those who were yet to report to the office.

It was also gathered that some of the staff who arrived the council earlier started calling on others to resume to their duty post as the state governor was at the council for on the spot assessment of the workers attitude to their work.

It was further gathered that Obaseki who was  visibly angry over the development order the HOS who came at about 9am while he was addressing staff of the council out of the hall.

The governor also mandated the council authorities to ensure that the council is viable in the next three months.

The governor was accompanied on the visit by the Chairman of Edo State Local Government Service Commission Dr. Simon Imuekemhe and a former deputy governor and APC leader in Egor Mr. Lucky Imasuen