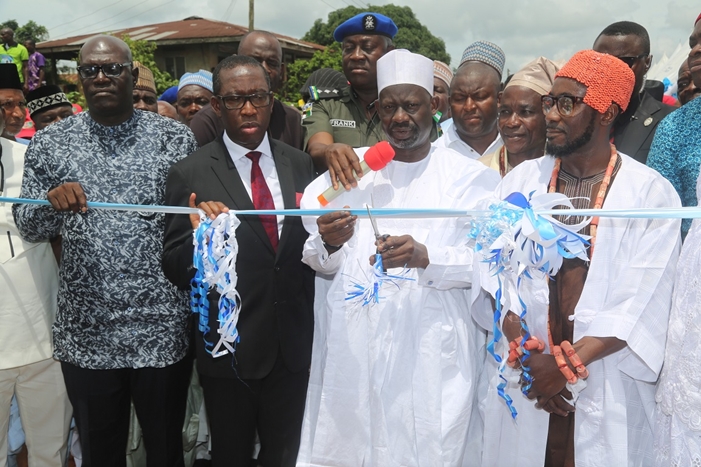 … Calls on Northerners Resident in the State to Remain Peaceful

Gombe State Governor, Dr Ibrahim Dankwambo Friday, July 6, 2018 commissioned some projects executed by his Delta State counterpart, Sen. Dr. Ifeanyi Okowa, using the exercise to urge northerners living in the state to obey the culture and norms of the people.

The Gombe State governor who was accompanied to Delta State by some members of his state executive council, also inspected facilities at the Stephen Keshi Stadium.

He expressed surprise that within three years of Governor Okowa administration, a lot has been achieved in the state, emphasising, “for a new government faced with the challenges of funds to be commissioning series of projects, my brother, Governor Okowa, I commend you.”

“Road projects open up communities for development, you mean well for the people,” he said, observing at the stadium that, “the facilities we have inspected are of international standards, no wonder Delta State is always emerging as number one in sporting competitions.”

Governor Okowa disclosed the reason he invited Governor Dankwambo to commission projects executed by his administration, saying, “we need to build bridges of friendship across the country to strenghten our unity as a people.”

“We are proud as a state government that we are taking road projects to different communities, especially, to our people in the riverine communities, we will continue to work for our people,” he said, adding, “we thank our traditional rulers for ensuring peaceful kingdoms which have helped us to execute projects.”

Excited Deltans, traditional rulers were among those that witnessed the exercise.