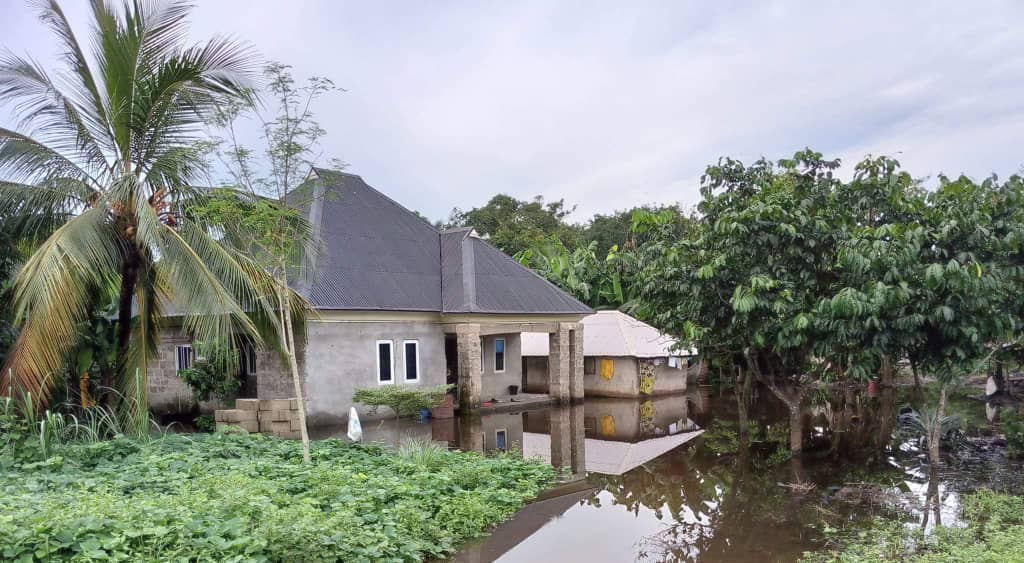 The Special Assistant (Media) to Governor Ifeanyi Okowa of Delta State, Comrade Fidelis Egugbo, has urged the Federal Government to take steady steps to address the annual flood ravaging communities and farmlands in the country.

He noted that the annual flood would lead to most people abandoning any form of farming if not checked.

“This is worst than the flood of 2012;  though, we have lost so much to the flood, we should keep hope alife and believe that God will not abandon us.

“The show of love among the people which Africans are known for has greatly reduced the emotional and psychological trauma, but, it is unfortunate that the Federal Government, is yet to find solutions to the flood and it is affecting the farmers and in the long run food sufficiency in the country.

“Our people have lost farm produce running into millions of naira and from the discussions so far, the farmers are already apprehensive that they may look for alternative means of livelihood instead of spending so much money on farming only to lose all to flood.”

Chief Obi, who on hearing about the flooding of the community, donated his hotel for use by the displaced persons, observed that the people of the community did a lot by being their brother’s keepers.

He said, “It is good that those who are affected by the flood are taking shelter in their relations’ residence.

“We hope that the flood recedes fast for people to go about their normal  socio-economic activities.”

Those who spoke said the flood has brought a lot of hardship as all the crops in their farms were lost to the flood.

Mr Jerry Nwosa, who is popularly known as Ozulonye said more than ten acres of land of his cassava farm was lost to the flood.

“What is the need to be preserving your cassava to be more than one year before harvesting only to watch them rot as a result of the flood,” he said.