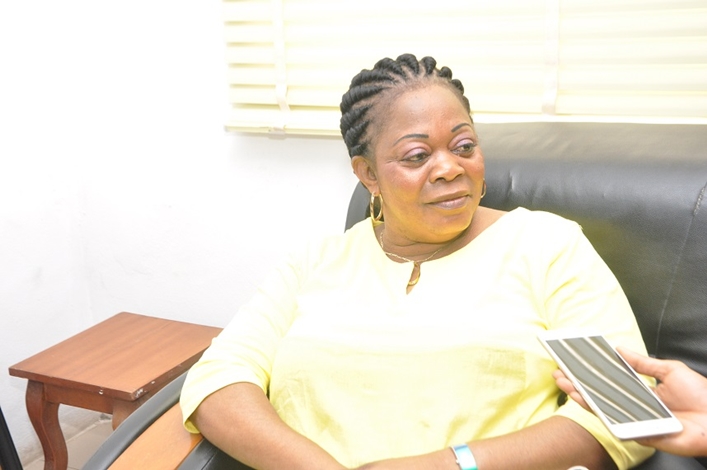 Mrs. Queen Klopper, a Germany-based indigene of Edo State and Founder of Haven for Rehabilitation and Reintegration, speaking to journalists in Benin City

Efforts by the Edo State Governor, Mr. Godwin Obaseki, to rehabilitate and reintegrate victims of human trafficking and irregular migration have attracted support from indigenes of the state in the Diaspora, who are now committed to advancing the governor’s campaign and supporting the reintegration of returnees.

Recall that Governor Obaseki few weeks ago was in Brussels, Belgium to seek the European Parliament’s partnership in building structures for robust Technical and Vocational Education and Training (TVET) and other forms of support from the European Union so as to strengthen the state government’s programme in rehabilitating and reintegrating the returnees, and upskill other youths in the state.

Inspired by the governor’s spirited and sustained effort to stem the trend of human trafficking, Mrs. Queen Klopper, a Germany-based indigene of the state and Founder of Haven for Rehabilitation and Reintegration, a Non-Governmental Organisation, has thrown her weight behind the rehabilitation effort.

Speaking with journalists yesterday in Benin City, she charged Edo indigenes resident in the state and in the Diaspora to support the efforts of the government, so that she can make a headway in its campaign against human trafficking.

She said she was back in the country to contribute her own quota to the state government’s effort and has finalised arrangement to organise a skills acquisition training for 10 of the returnees on July 20.

According to her, “I am based in Germany. I had a Foundation in Abuja, called Haven for Rehabilitation and Reintegration, which I started six years ago. I relocated to Germany but the fire to help others still burns in me. The Foundation has as its objectives to train youths on skills, prison visits to empower prisoners, and rural development, especially to empower rural women.”

Explaining her motivation for the training, she said, “The condition of Libya returnees is no longer news. They were put through hard labour and torture. We heard about it on the news in Germany for days, as well as on social media. From there, I saw how Edo State Governor, Mr. Godwin Obaseki, tried his best to rehabilitate them. They were given free accommodation, food and even monthly stipends, which is not easy.

“I thought that it would be a good idea to contribute my quota to his very impressive campaign, given the limited resources. I felt if I could train just a few of these people with my personal funds, it will go a long way in helping the state.”

She said the skills acquisition programme will last for two days and the module includes advanced beadmaking and aso-oke gele tying.

“After this, some of them will be sent to Abuja for advanced training for two weeks. For the best of the set, who will proceed to Abuja for training, we plan a N50,000 grant and a kit for them to start-up. We hope that this will be about three to five people. The training will be in-depth,” she said.

According to her, “We intend to sustain this programme and I call on more people to support the state government’s efforts to train these people.  We want to also train some of the young men among them on how to make tie and dye, which will last for a month. Tie and dye production is not very popular in Edo State; it is popular in the South West. But we want them to learn.”