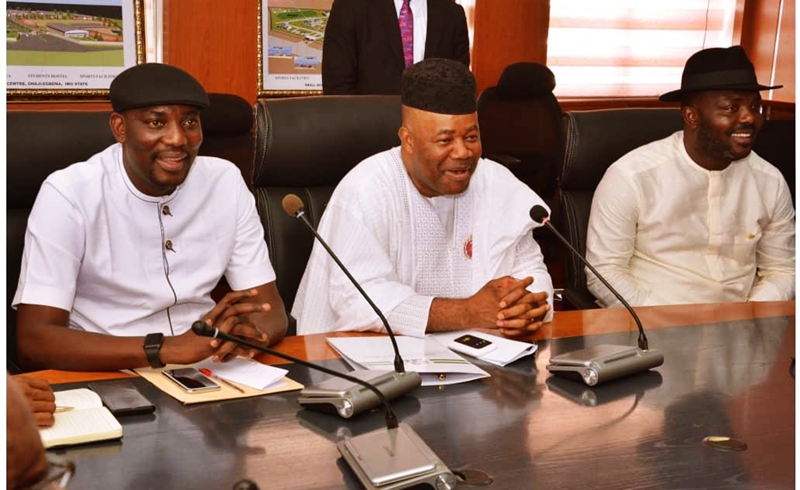 The Federal Government is to partner with African Export and Import Bank and other International Agencies that can give its funds at Zero percent or single digit for the building of major industries and factories in the Niger Delta region.

The Minister of Niger Affairs, Senator Godswill Akpabio stated this when the President of Ijaw Youth Council, Barr. Oweilaemi Pereotubo with other Ethnic Youth Leaders from the Niger Delta Region paid a courtesy call on the Minister on Tuesday, November 5, 2019, in Abuja.

According to Senator Akpabio, the partnership will create the platform for the youths to explore  the opportunities in the agricultural and crude oil value chain. He added that this will create employment opportunities and also bring sustainable peace and development in the region.

The Minister called on the people who are sponsoring the youths to protest against the 3-Man Interim Committee recently inaugurated to oversee the Niger Delta Development Commission (NDDC) to toe the part of dialogue. Adding that nobody is opposed to the inauguration of the NDDC Board which has been screened by the National Assembly.

Senator Akpabio noted that the NDDC has the capacity to turn around the fortune of the Niger Delta Region. He commended the youth for bringing peace to the region and also congratulated them for their commitment and tenacity which brought about the creation of the Ministry of Niger Delta Affairs.

Speaking further, he said that human capital development most go hand in hand with infrastructural development and called on the youth to diversify the economy of the region, because according to him “any country or region that has failed to plan has planned to fail”. 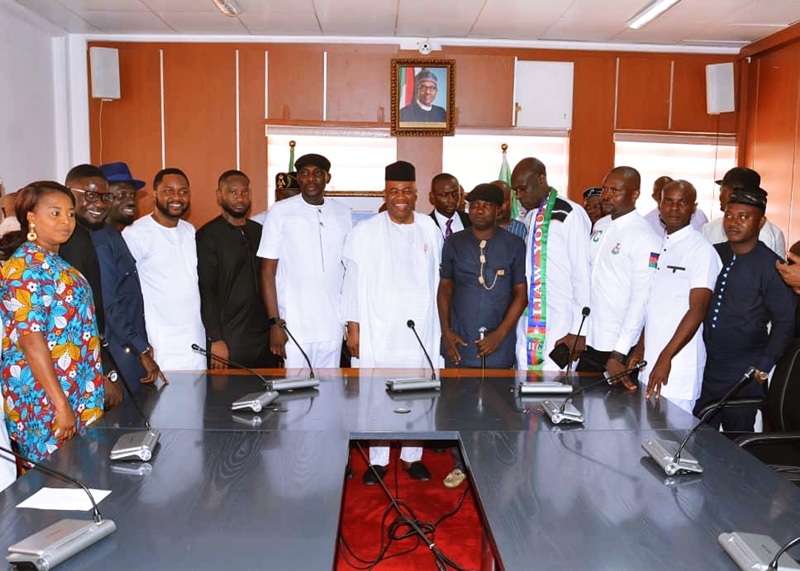 Senator Akpabio stressed that anybody who is given the responsibility to run the region should know that blood had flowed and whoever is stealing NDDC money is stealing blood money. He pledged to work with the youths to improve and alleviate the suffering of the people in the region.

The Minister also disclosed that the Ministry is planning to consult with Stakeholders and conduct Basic Needs Assessment from State to State to find out programmes and activities required from each communities. “Working together we can make the difference, I am an agent of change, Niger Delta will not be the same.” He said.

Earlier the leader of the delegation Elder Timi Kaiser Ogourigba, said that the region had been deprived for very long time and called on anyone who has the responsibility of taking care of the region to do it properly for posterity. He implored the Minister to leave his foot prints on the sand of time.

Elder Ogourigba noted that the youths are ready to synergies with the Ministry to bring succor to the region. Adding that this will bring peace and development to the people who are major contributor to the country’s economy. He charged the Minister to relate with stakeholders so that issues that may lead to further agitation can be addressed before it escalates. 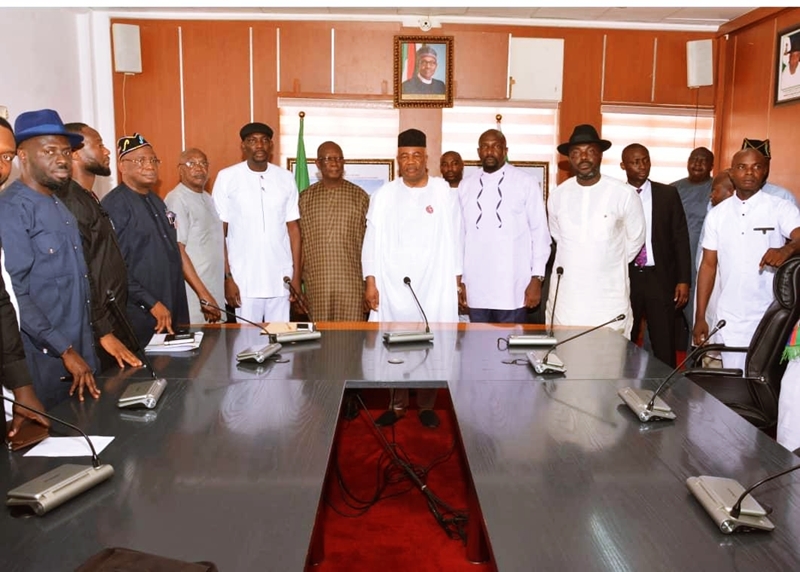 In his remark, the President of Urhobo Youth Council Worldwide, Comrade Terry Obieh pleaded with the Minister to ignore the call for his sack from some quarters as a result of the Interim Management Committee recently inaugurated by the Federal Government to oversee the NDDC during the forensic audit. He described the Minister as a man of action who is determined to bring accountability and good governance to the people of the Niger Delta.

Comrade Obieh added that all the youths in the region are in support of the forensic audit directed by the Federal Government.