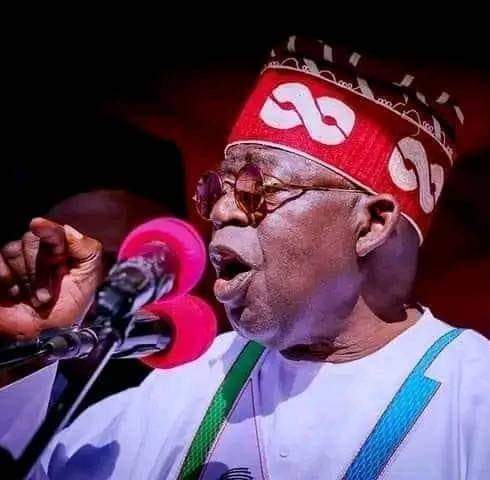 Peoples Democratic Party (PDP) Presidential Campaign Spokesman, Mr Charles Aniagwu says the Presidential candidate of the All Progressives Congress (APC) Bola Tinubu should not be campaigning rather be apologising to Nigerians for the hardship meted on the people by his party since 2015.

Aniagwu who stated this while addressing journalists on Monday, November 21 in Asaba said that rather than apologise profusely for the failure of his party in the last seven and half years.

According to him they APC made several promises to Nigerians in 2015 which they failed to fulfil including reducing the pump price of PMS to N65 but today it is selling for N250.

“Instead of him to go round and apologise for his failed promises he is coming round to make another fake promises to Nigerians.

“If the Buhari administration which he helped midwifed was working why didn’t they fulfill all the promises they made in 2015.

“Instead of reducing the unemployment in the country their administration has thrown over 133 million Nigerians into deeper poverty.

“Rather than apologising for their abysmal failure they are going round to tell lies again to the people with fake promises,” he said.

Aniagwu who is also Delta State Commissioner for Information, said that the All Progressives Congress APC Governorship candidate Senator Ovie Omo-Agege was unaware of happenings in Delta.

He said that the Okowa administration has constructed over 883 Road projects spanning 1,932km with over 1,000 line drainages, including storm drainages in Asaba and Warri in the last seven and half years.

“Starting from the creeks where Tinubu and Omo-Agege claimed nothing was being done and we won’t blame them because they are ignorant of happenings in the state.

“Beyond Road construction we have embarked on the construction of 22 bridges with 7 completed among which is the Ovwor – Effurun-Otor Otor Bridge, Oha-Orerokpe Road Agbarho-Orherhe Road and Bridge, Kwale-Beneku ongoing, Trans Warri Road and bridges, Koka Interchange and Flyover and the Ayakoromo bridge among others,” he stated.

On job creation in the state, Aniagwu said the state government under its youth empowerment programmes had empowered 13,510 youths with 222,000 persons benefiting directly and over 1.3 million people benefiting indirectly.

On successes recorded in the health sector, the Presidential spokesman said over 1.1 million Deltans have been enrolled into the state’s Contributory Health Commission, adding that the Asaba Specialist Hospital, Advanced Diagnostic Centre and Mother and Child Hospital in Owa-Alero and Ekpan were some of the achievements of the state government under the health sector.

He said the Okowa administration also recorded impressive  performances in the revamping of 6 existing technical Colleges and the construction of additional 9 new ones with the establishment of 45 new Secondary 17 new primary schools across the state, construction of 8,617 class room blocks and the establishment of the Teachers’ Professional Development Centre at Owa-Oyibu.