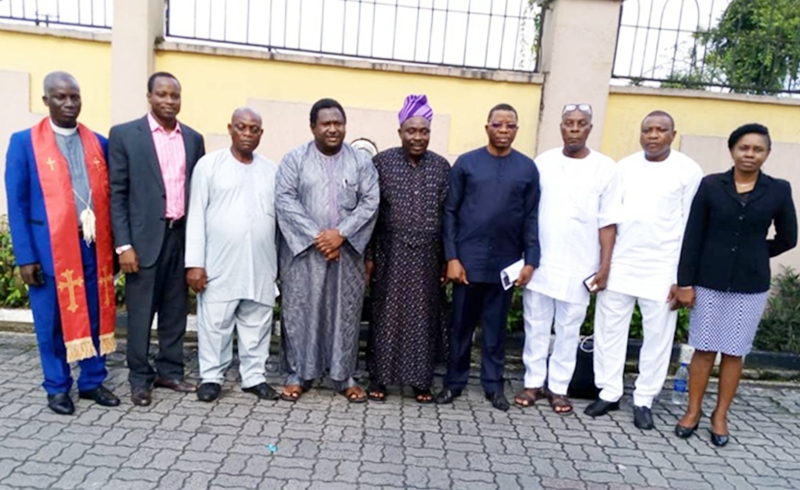 The Federal Government has restated its commitment to the development and establishment of modular refineries in the country.

The Minister of Environment, Dr. Mohammad Mahmoud who disclosed this during the public review of the Environmental Impact Assessment, EIA report on the proposed Modular Refinery at Obotebe in Burutu Local Government Area of Delta State, however said that set standards must be met before approvals.

Represented by a Director in the ministry, Mr. Abbas Suleiman, the Environment Minister commended Etopo Refinery Plc for the initiative and at ensuring that the mandatory EIA exercise was carried out before taken any further step for the takeoff of the project.

Dr. Mahmoud noted that the project will create employment, enhance the economic fortunes of the people, generate revenue for government at all levels as well as reduce importation of diesel and allied refined products.

“The proposed Modular Refinery is a welcome development. It falls under the Oil and Gas sector which has remained the mainstay of the Nigeria economy despite federal government’s frantic efforts to reduce dependence in the sector and diversifying the economy to other sectors particularly agriculture, solid minerals and manufacturing”. Dr. Mahmoud stated.

The Chairman of the EIA panel, DIG Samuel Ogunjemilusi said health, social and environmental hazards must be considered before approval for establishment of a modular refinery and commended Etopo Refinery Plc for keeping to global best practice in that regards.

“I must thanked stakeholders for their robust participation and meaningful contributions at ensuring the smooth take off of Etopo Refinery at Obotebe town in Delta State. This is the essence of the review of the Environmental Impact Assessment report. The project is laudable and I must tell you that from the report of the panel, there is no threat to its establishment”. Ogunjemilusi said.

Other members of the panel, including Prof. Mohammed Babagara, Miss Uvie Igini who represented the Commissioner for Environment Delta State, Mr. Clement Biribai, the representative of the Chairman, Burutu local government council, Mr. Victor Ladele and Engr. K. A Adeniyi, said the project will create both direct and indirect employment in the locality.

The paramount ruler of Obotebe Kingdom, King Emmanuel Warewini Arikawei said establishment of a thirty thousand tons barrel per day Modular Refinery in Obotebe, comes with enormous benefits, particularly to communities in the coastal areas of Delta State as well as generate revenues for government.

King Arikawei while commending the EIA panel team for a hitch free exercise, noted that, panel’s affirmation and recommendation to the establishment of Etopo Refinery will spur the management to taking further steps to bring the project to fruition.

“I sincerely thank DIG Samuel Ogunjemilusi and his team for their professionalism in the EIA process which lasted for about a year. The completion of the hitch free exercise will spur the management to take next measures in the smooth takeoff of Etopo Refinery at Obotebe. The socio economic benefits of the project can not be over emphasized and there are no doubt of it sustainability. All that is required is collaboration and support of stakeholders”. King Arikawei.