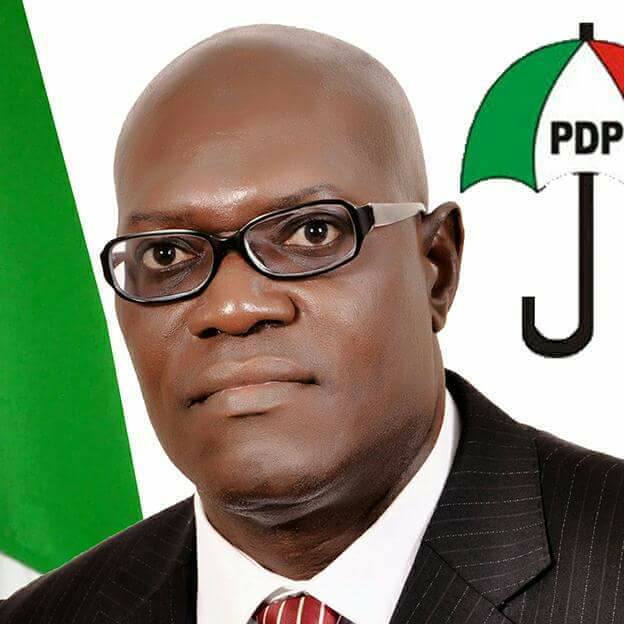 The Delta State Chairman of the Peoples Democratic Party (PDP), Chief Barr. Kingsley Esiso has been commended by Sapele people for his foresight in attracting development to the City.

The duo of Ochuko Ofuge and Comrade Ighomena Ayomanor who spoke with journalists in Sapele said since the beginning of democracy, this is the first time massive development is coming to Sapele through the Okowa government.

They maintained that Adeola via New Ogorode road was no longer motorable until Okowa’s government came to the rescue, noting that as soon as Okowa came into power he awarded the contract for its re-construction and the road has put up a new facelift.

The two respondents in their separate speeches, noted that the PDP chairman has never relented since he came in as the party’s chairman in ensuring that good things come into Sapele, adding that apart from the dual carriage way into Sapele from Amukpe that is under-going construction, the contracting firm handling the recent awarded Shell/Okirigbagha road in Okirighwre are already on site working day and night to ensure that the project is also complete for Sapele people on record time.

Mr. Ofuge maintained that when the Okirigbagha/Shell road is completed, the people of Sapele would have a great sigh of relief in terms of traffic congestion since all the residents of Shell road will now take this route out through Okirigwre without delay and difficulties.

They also thanked Chief Esiso for Sapele Library which he has turned to World Standard with all books available for students and pupils to read.

They added that the people living within these areas have been suffering untold hardship when it rains due to the poor road network.

They added that if the government of Okowa continue to hear their cry, a curse will be on them if they refused to support his government, adding that they have all resolved to queue behind him come 2019 because they are already enjoying the dividends of democracy through Okowa’s good government.

The people also called on all Sapele people to follow the footsteps of Chief Esiso where ever he ask them to go politically “The people should pray for Esiso to succeed in his assignment of taking PDP to the highest heaven”, they concluded.