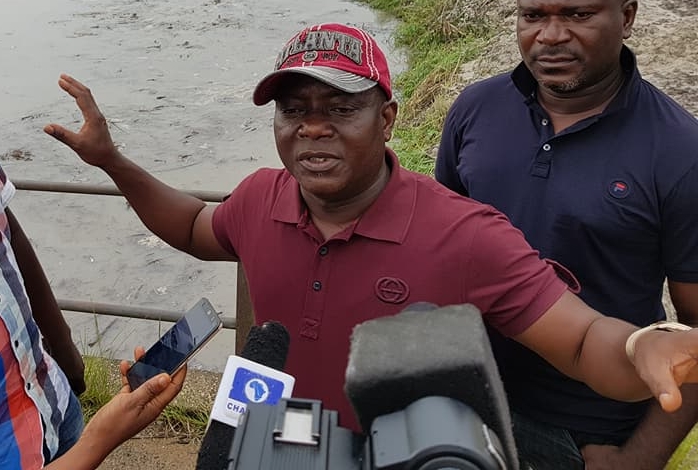 Efforts by the Delta State Government to curb the menace of indiscriminate dump of refuse within the Asaba Capital Territory and sensitize residents of the State Capital on the need to ensure proper disposal of refuse, have been comprised by deviants who see the walk ways and motor ways as the best places to dump their refuse and all forms of wastes.

The State Commissioner for Environment, Barr. John Nani on Monday, April 23, 2018 while briefing the Journalists on the activities of its Ministry within the past year, revealed that, residents of Anambra State have turned the Delta State Capital especially the Expressway linking the River Niger Bridge, to precious dump sites.

Nani said, “We are sensitizing the people. You know once every month we go to that area to do general clean up. Most of the waste being dumped there is not from Delta State. Alot of persons cross from the neighbouring Anambra state into Delta state to dump these refuse and we have caught some of them, taken them to Police station and even prosecuted some. Our taskforce is on ground doing that.

“We went to the extent of having a motorbike that is patrolling the area at night but you know full well that, if life was a rope, there must be an enemy to cut it. So the laws are there, we are doing our best to curb it. For now, we are not saying that our best is enough, that is why you are still seeing those waste there.”

Speaking further on the issue of waste management in the State Capital, the Commissioner noted that the State Government has engaged the service of Private Sector Participation (PSP) which it pays regularly to go round the streets of Asaba to pick wastes that are haphazardly dumped in median kerb and walkways. “That is why you see that Asaba is getting cleaner now.” Nani stressed.

He added that the State Employment and Expenditure for Results Project (SEEFOR), the World Bank assisted project is making sure that the streets in Asaba are being swept on daily basis. “So we are doing alot of things and it is my plea that you people (Journalists) should help us sensitize the people. You can do your report directly to the Police because the Commissioner of Police is aware. We have briefed the CP who said that any given time we want to effect any arrest on those persons dumping waste indiscriminately, we can report to any Police station and you will be given the assistant immediately to arrest such persons.”

The Environment Commissioner lamented the the challenges posed to the effective operations of PSP in the State Capital revealing that, “the only problem I know of the PSP is that, they have faction. There are some persons that have constituted themselves to be illegal PSP. They said they have a body and they can on their own go to residence and collect waste. We do not even know where they dump their wastes because we have a designated dump site at Ibusa which the State Government is managing.”

Nani however assured of his Ministry’s will in ensuring that the PSP work for residents of the State Capital. “We have 33 zones in Asaba and these zones have an attached PSP and we have their numbers in our office. So if there is a particular zone that the residents are looking for the PSP, once they report to the office, we go into our chart to know the number of the PSP in that zone and immediately call the PSP to effect its duty.