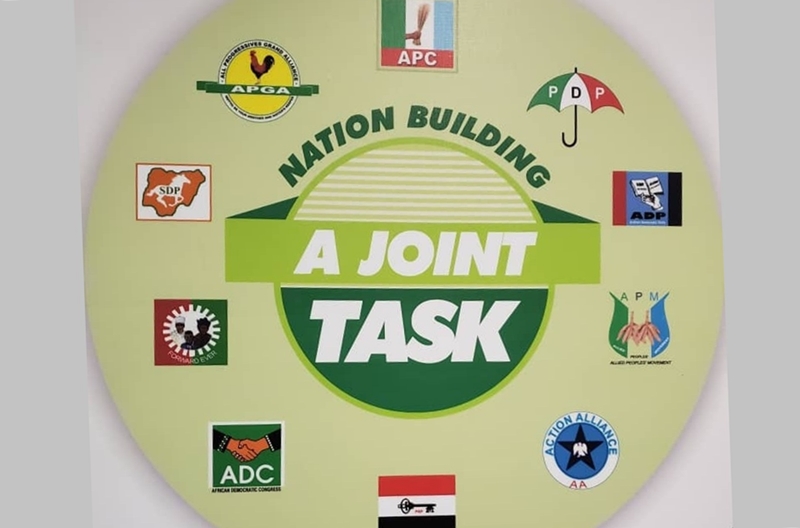 …On Rule of Law We Stand.

The attention of the leadership of the Minority Caucus of the House of Representatives under Hon. Ndudi Elumelu has been drawn to allegations of disloyalty leveled against it in a statement issued by the National Publicity Secretary of the Peoples Democratic Party (PDP) on Friday, November 8, 2019.

This is completely against the principle of democracy, rule of law and fairness upon which our great party, the PDP is founded and known since its formation 21 years ago.

Section 60 of the 1999 Constitution unambiguously provides that “Subject to the provisions of this Constitution, the Senate or the House of Representatives shall have power to regulate its own procedure, including the procedure for summoning and recess of the House”.

This, the overwhelming majority of the Minority Caucus comprising nine political parties (PDP, APGA, ADC, LP, SDP, PRP, AA, APM, ADP) did, and communicated their decision to the Speaker in a letter dated 2nd July 2019 and signed by over 100 members of the 147-Member Caucus.

By parliamentary rules persons so elected become the leaders of the party caucuses in the legislature. While the party can GUIDE their elected Members through the zoning of various Minority leadership offices, it is not in the place of the party, by the provisions of the Constitution, House Standing Rule, and parliamentary traditions, to APPOINT or FOIST Minority or Majority Caucus leadership on its Members.

The conduct of the lawmakers in choosing their leaders therefore falls within the framework of the spirit, ideals, beliefs and underlining principles of the PDP and our founding fathers, who championed the enthronement of the tenets of democratic practice in Nigeria.

It would be recalled that a similar attempt by the All Progressives Congress (APC) to foist leadership of the Majority Caucus on the National Assembly in 2015 could not stand as such obnoxious action was vehemently resisted by the Senate, which stuck to the list of elected leaders of the Majority Caucus submitted by APC Senators.

The stand of our great party, which also had Prince Uche Secondus, the current National Chairman, as the Acting National Chairman at the time, is still very fresh on the minds of Nigerians. The PDP strongly criticized and lampooned the APC for impunity and meddlesomeness in the internal affairs of the parliament.

It is, therefore, ironical that the same party, under the same Chairman, has now chosen the same path for which they pilloried the APC in 2015.

It is even more distressing that the same party, under the same Chairman, has now branded the Minority leadership and their colleagues who transparently elected them, as disloyal for the simple reason that they strictly followed the Constitution, the Standing Rule of the House and best parliamentary traditions.

Such malicious allegation is therefore totally insupportable as Hon. Elumelu and his colleagues in the PDP remain loyal and law-abiding members of the party.

It is equally curious that over four months after various organs of the party set up Committees to investigate this matter and related issues bordering on PDP National Assembly Caucus within two weeks, the party has been reluctant and/or refused to consider the reports of these various Committees so that the issues can be laid to rest.

Moreover, the endless suspension of loyal party members outside the provisions of the PDP Constitution, 1999 Constitution, and rules of parliament as palpably oppressive.

In this regard, Hon. Elumelu and the members of the Minority leadership in the House respectfully urges the leadership of our great Party to weigh its actions and not allow certain individuals with vested personal interests to destroy the reputation and democratic foundations of the PDP, a party Nigerians look up to for direction at a time like this.

Indeed, those who stand behind the scene spurring such disorder in our great party for their personal interests do not wish both the PDP and our dear nation any good.

We are the Peoples DEMOCRATIC Party, and we must act true to our name.

Barr. Oyorima Idahosa, Special Adviser (Legal),
To the Minority Leader.
For advert placement, publication of news content, articles, videos or any other news worthy materials on this Website, kindly send mail to asabametro@gmail.com.
Continue Reading
Advertisement
You may also like...