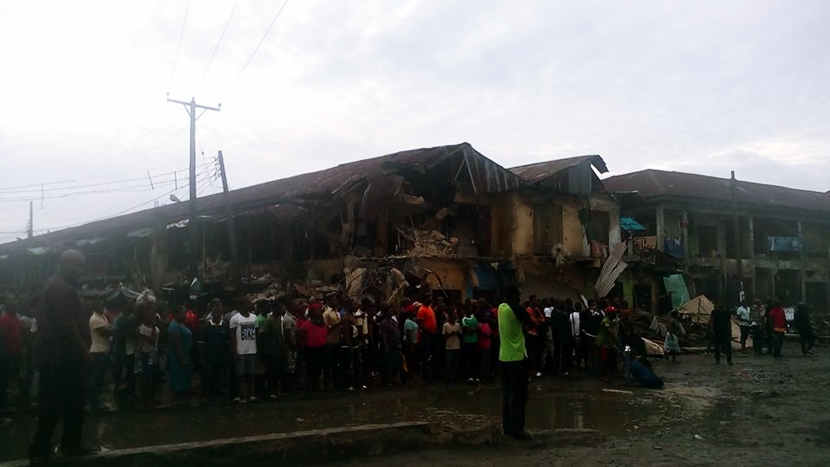 Finally, modernity won the argument in a never-ending desire by man to continuously upgrade and renew his environment. Until last Friday night, Eke-ukwu, which may be described as an ancestral market sat right in the middle of the beautiful city of Owerri, the capital of Imo State in the southeast of Nigeria.

It must be noted that it was the city that caught up with the market and circumscribed it, for it had existed long before Owerri was named capital. But today, the market has become an aberration if not an embarrassment to a fast-growing state capital. And it has been so for about two decades. The major city thoroughfare, Douglas Road, is nigh impassable, impeded as much by human traffic as the ever-present heaps of refuse.

A stone’s throw from Douglas Road is Douglas House, the seat of the state government. Of course there is a noxious nexus. On a bad day, the din, stench and bric-a-brac of the Eke-ukwu would sail in the vicinity of Douglas House. This is not to mention the environmental hazards a shimmering, sprawling open market invokes on a burgeoning city. There are also issues of touting, criminality and cultism.

While argument and counters in the Eke-ukwu saga may go back and forth till Christmas, urbanisation is the crux of the matter here. The upgrade, renewal and complete makeover of cities and metropolitan areas have become abiding phenomena of the modern man. Old things will continue to give way as new skylines emerge to dominate human imagination. It is a historical fact that most modern cities of the world once hosted sprawling open markets which gave way to modern shopping malls.

It’s Obvious that the Concerted effort being made by some elements who don’t want development in Owerri are using the Eke Ukwu Market demolition to fight the state government and perhaps cause undue tension in the State.

I Particularly urge the Imo State Government to ignore agitations from several groups who do not love the new development ongoing in Owerri and I Specifically call on the Current Governor of Imo State, Gov Rochas Okorocha to look into more developments in the state and to ensure that the new location is properly urbanized.