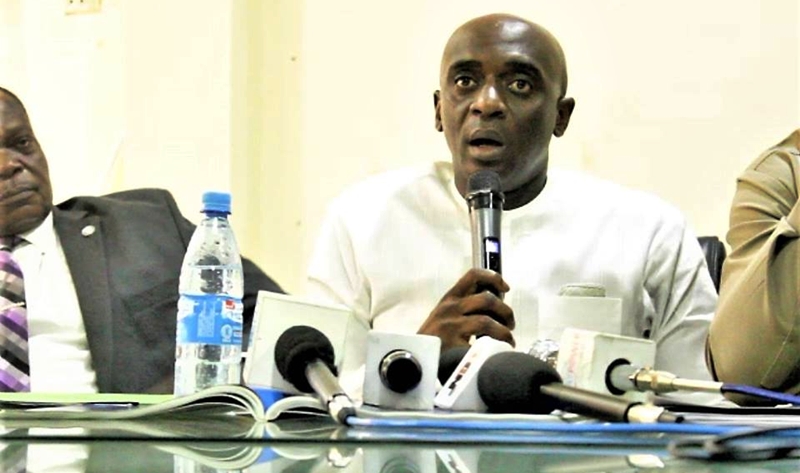 The Commissioner for Basic and Secondary Education, Mr Chiedu Ebie has inaugurated a 7-man Board of Enquiry to investigate the allegations of the collection of unauthorised levies in public primary and secondary schools in Delta State.

Mr Ebie while inaugurating the Board in his office in Asaba stated that the Board became necessary after a video of one Miss Success Adegor, a primary three pupil of Okotie-Eboh Primary School 1, Sapele who was allegedly sent home for failing to pay school fees went viral.

Others are to investigate any other case of collection of unauthorised levies by other public primary and secondary schools that may be brought to the notice of the Board of Enquiry by the Ministry, to apportion blame and recommend appropriate punishment for anyone found culpable in the course of the investigation and to make appropriate recommendations to eliminate the collection of unauthorised levies in all public primary/secondary schools and technical colleges in the State.

According to Mr Ebie, “The Ministry decided to probe the report cases of collection of unauthorised levies by headmistresses and principals of primary and secondary schools, so as to put a stop to the illegal collection of fees in public schools in the State.

He said, “In line with the UBE Law, Delta State Government provides free education at the basic education level and up to senior Secondary” saying that the State Government, coupled with that, “provide infrastructure, equipment, manpower, monthly subvention to schools and grants for the enrolment of students of technical colleges for the final examinations conducted by NABTEB which include handling costs.

Mr Ebie revealed that at the beginning of each academic session, the Ministry of Basic and Secondary Education issues guidelines on approved levies for public schools in the state saying that this is acceptable even in Unity Schools in the country.

Responding, the Chairman of the Board, Mr Omamofo thanked the Commissioner for finding them worthy to serve in that capacity, even as he stated that the members of the committee will be fair, efficient, unbiased and work within the time frame to submit their report.

The committee was giving two weeks to submit their report to the State Government.