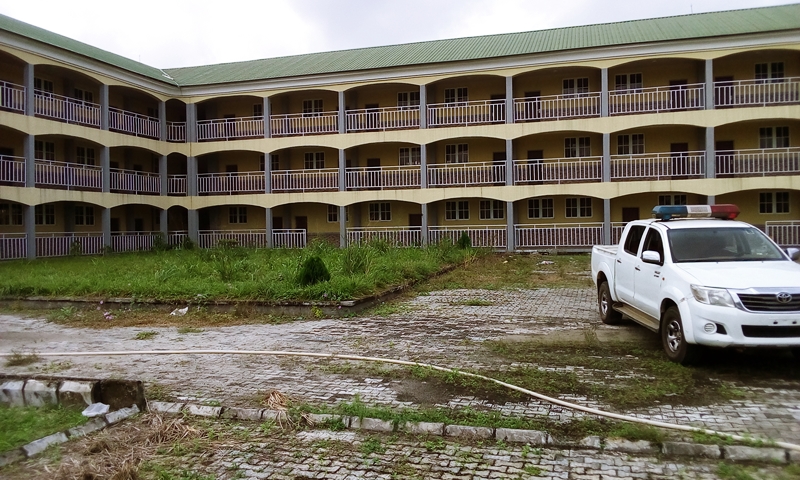 Delta State Commissioner for Basic and Secondary Education, Chief Patrick Ukah, has cautioned contractors handling school projects in the state to be up and doing as the state government will no longer tolerate unnecessary delays in the completion of projects

The commissioner gave this warning at Emore Grammar School, Oleh, Isoko South Local Government Area, when he led officials of the ministry to inspect the 24 class rooms, laboratories and offices, among others, built by the state government.

After inspecting and seeing the number of students in each classroom in the school, Chief Ukah expressed dissatisfaction with the slow pace of work on the new project, adding that after three visits to the school, no significant progress have been made by the contractor.

He instructed relevant officials of the ministry to do a valuation of the extent of the work done already to enable the state government to take a decision on the project.

The commissioner said that he will do everything possible to ensure that outstanding works on the project are concluded within weeks so that the students can continue with their academic activities in a very conducive environment.

Chief Ukah warned other contractors handling school projects in the state to strictly abide by the terms of their contracts or risk the revocation of such contracts.

The commissioner stated that the state government will not treat defaulting contractors with kids gloves stressing that henceforth, punitive actions will be taken against such contractors.

The Principal of the school, Mr. Lawrence Efidhere, represented by the Senior Teacher, Mr. Ezekiel Oki, conducted the commissioner and his team round the school.

In an interview, the Head Boy of the school, Oghenekaro Ogheneafituwo, and the Head Girl, Jennifer Ogbe, thanked the commissioner and his team for the inspection and commended him for his determination to see that the project is completed.