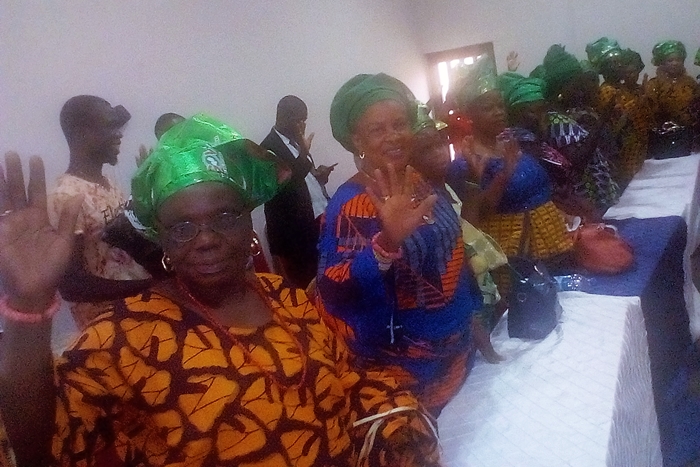 Market women in Edo state has set up child protection unit in the various markets in Edo state.

The women took a resolution to set up child protection unit in the markets Friday, 15 September at the sensitization of stakeholders on draft Edo state priority plan to end violence against children at Homeville Hotel, Benin City.

At the end of the sensitization program organized by Edo state Ministry of Women Affairs, ActionAid and Smile, the women articulated their position and made  inputs into the draft state  priority plan to end violence against children.

They also set up child protection unit in the various markets across the seven local government areas in Edo south Senatorial district, submitted names of members of the unit in all the markets and appealed to the ministry, Smile and ActionAid for logistics support to enable them replicate it in Edo Central and Edo North Senatorial districts.

In her opening remarks, Commissioner for Women Affairs, Mrs. Magdalene Ohenhen said she had to attend the session with market women inspite of her tight schedule because of the critical role they will play in eradicating violence against children and urged them to carry the message to other women in their various communities.

Mrs Ohenhen also thanked ActionAid, Smile, the consultant and facilitator whom she said has been assisting the ministry to ensure a good draft is presented.

Welcoming stakeholders to the sensitization workshop, the Smile representative in Edo state, Mr.Charles Durojaye appealed to the women to use their power and influence as mothers to prevent violence against children in the state.

He noted that under aged children were still being used to hawk in the markets and urged them to help arrest the ugly trend and suggest ways of eradicating the menace.

After going through the draft clause by clause by using  drama presentations, films and simplified version, the women made several suggestions including active collaboration between parents and teachers to protect children in school and on their way to and from school.

They urged parents to live exemplary lives so that children will emulate and imbibe those good characters and ensure they monitor the types of information they access on the internet.

While urging parents to learn humane ways of correcting their children, the women urged all those who have house helps to treat them as they would their biological children.

The Ministry of Women Affairs also availed the women the telephone number of officials of the National Agency for the Prohibition of Trafficking In Persons, NAPTIP, the Police and officials of the ministry to enable them make report swiftly in case of any violence against children.