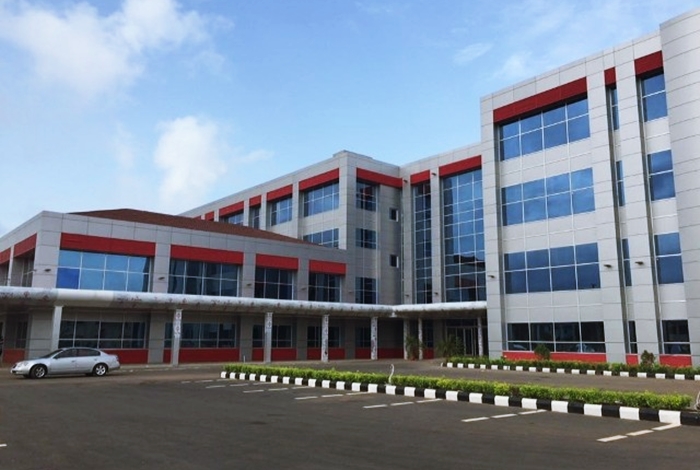 The immediate past governor of Edo state, Comrade Adams Oshiomhole, weekend, described the Peoples Democratic Party (PDP) criticisms on the five star Central Hospital Complex, as the “cry of people still licking their wounds from the Supreme Court defeat”.

The former governor who was reacting to the allegation by the PDP that he borrowed equipment to bring to the hospital to deceive President Muhammadu Buhari when he came to commission the project last year, said the contractor supplying the equipment has been doing so and they are being mounted, adding that what delayed the completion was the scarcity of forex which has been sorted out.

His words, “first is that, it is good news for them to agree that first a new hospital has been built because in some other statements they had said there was no new hospital. I have seen PDP turn out numbers that did not make sense even to a fool as regards the amount of the project.  The only point that I think is worth commenting is when I read somewhere that we hired or borrowed equipment to bring to the hospital for the President to commission.

“Again, it shows how empty headed PDP leadership in Edo state and their spokesperson are. If you borrowed equipment from someone how come the lender has not come to recover his equipment. And those equipment’s are still there. The fortunate thing which everybody knows is the fact that the government I headed, paid 75 per cent of the total value of the equipment that we have ordered and they are state of the art equipment.

“As you can see even from the one that has been delivered and installed. But the contractor which is not a one man business, Verment, they are not one local contractor that PDP can go and sublet contract to. Verment is recognized even in Europe, they run the largest hospital in Austria, they are world class hospital equipment manufacturers but they just got caught in the foreign exchange crisis, that they could not get enough forex to procure in other to order for the equipment.

“Then the hospital will have state of the art equipment better than any hospital anywhere in Nigeria by the time those equipment are installed. And that is my dream and I am glad that is the reality.

So I don’t want to join issues with people who are licking their wounds, I think my pride is that the PDP said who is he, he thinks that politics is labour, we will teach him a lesson and under eight years I am their professor and they are all failed politicians from their Oga to the least of them” he stated.

We are Determined to Rid Uvwie of Waste through Smart Green Environment – PSP President
Not Too Young To Run: 41 Year Old Festus Ofume Emerges Delta State Chairman of YDP
Advertisement