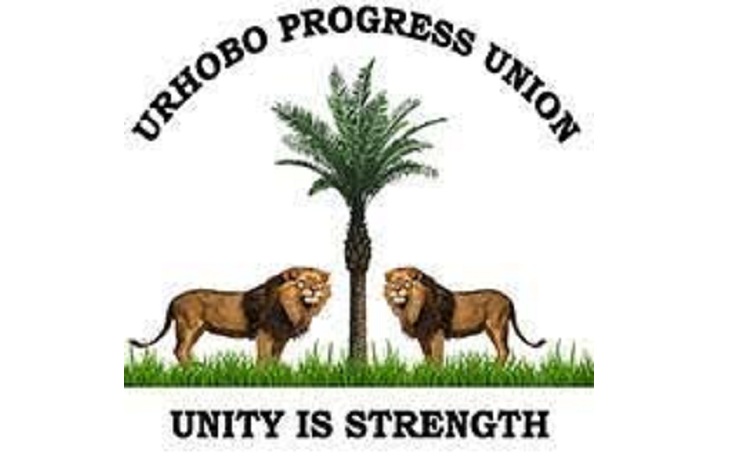 A coalition of Urhobo Youths’ groups have distanced the entire Urhobo Youths from the endorsement of Olorogun David Edevbie by the leadership of the Urhobo Progress Union, UPU, declaring the action as a destructive move to ridicule Urhobo Nation again.

The coalition made up of Urhobo Youth Leaders Association (UYLA), Urhobo Youth Council (UYC), Urhobo National Youth Movement (UNYM) HOSTCOM Youths, Ex Agitators and UPU Youth Wing, appealed to all Deltans and the state Governor, Dr Ifeanyi Okowa to disregard the “Moses Taiga iniquitous agenda which is totally against the wish of all Urhobo people”.

The statement titled, Re-Governorship of Delta State 2023: Their Stand; Their Choice By Sectional Members Of The Upu Executive Council Led By Olorogun Moses Taiga”, the Youths’ said, “The action of the Moses Taiga is a pointer to destructive manipulation of Urhobo people since UPU is not a pan Delta group but for all Urhobo people irrespective of political party affiliation. One did not expect UPU to dabble into the internal affairs of any political party. This is one misstep too many and we cannot fold our arms to allow a self-serving gang of compromised, ineffective and irresponsible bodies of politicians drag the revered UPU down the mud of political idiocy and unpardonable infamy.

“We the youths would therefore want to appeal to all Deltans that what Moses Taiga and his co-travelers did, does not have the blessing of the Urhobo Youths and other meaning Urhobo Sons and Daughters. We believe in One Delta State, as such all ethnic Nationality in the state will jointly select and elect an Urhobo son who is detribalized but a product of the political consensus and stand of all Deltans.

“Let us repeat for the umpteenth time that UPU is not a political party, as such we wonder why they are trying to interfere in the internal affairs of the PDP. We therefore alert all Deltans that the endorsement did not reflect the interest of the entire Urhobo people but that of a few self-serving individuals who are on a wild goose chase.”

Adding that, “Ordinary, we wouldn’t have bothered ourselves to respond to these set of selfish and greedy persons who claimed to have endorsed an aspirant against others which is any way ridiculously and laughable. The UPU is a socio-cultural organization of all Urhobo people worldwide, we cannot leave it to the hand of Moses Taiga to drag the Urhobo nation to the mud. The agenda they are pushing is aimed at destroying the Urhobo nation politically and we the youths will not accept such a dance of shame from our so called fathers.

“One expected that the UPU as the Umbrella body of all Urhobo must stand to be neutral to all her sons provided the Governorship position come 2023 is rotated to Delta Central Urhobos.

“Since the said endorsement hit the media space, we have been inundated with calls as many expressed concern over plans by Moses Taiga and his choice candidate who both are based in Lagos and London that when they succeed in their infamous, unpopular, totally disgraceful plot of entering government house through the backdoor, of which God will not allow to happen, that they will run the Government with their cronies from Lagos and London. Deltans be wise”.

Still reiterating their stand on alleged endorsement of Chief David Edevbie as their stand and choice for Governor of Delta State come 2023, threatened to make Urhoboland ungovernable if UPU do not rescind the endorsement, noting that, they would go all lenght to see to the resignation ot Olorogun Moses Taiga as the head UPU.

They recalled that, same action of UPU had caused cracks in the internal arrangements of the PDP back in 2014 which saw the Delta Central and the Delta North districts pitching against each other at the party primary which if not for the prevailing unity, would have put Urhobo Nation at a disadvantage position in the current government.

“We condemn in it’s entirety Moses Taiga actions which will never stand and is dead on arrival. Delta should know that Governorship election is the job of all Deltans, Not for few or one ethnic group, or individuals like Moses Taiga to decide.

“We shall stand to resist this dubious political concoction in all ramifications. We shall make the Urhobo ungovernable for Taiga, or better still he should resign. Recall that UPU endorsed this same David Edevwie in 2014, if not that His Excellency Senator Dr Arthur Okowa has a heart big enough to run an all inclusive government, the Urhobo could have been disadvantaged and totally shut out of the present administration. These act of the UPU is nothing but gambling with the destiny of the youths and this partisan tendencies of the UPU must stop now.

“We call on His Excellency to disregard the Taiga Moses irresponsible and selfish endorsement, as your sobriquet, Ekwueme the talk Na do and we strongly believe that as you had promised the PDP your party free and fair primary, we are strongly behind you in the conduct of a visibly transparent elections for the party candidate to emerge, we call on all delegates to open their eyes.

“We plead once again that His Excellency should disregard the Moses Taiga iniquitous agenda which is totally against the wish of all Urhobo people. Let us go into the primary election as those beating this awkward drum of confusion do not wish you well. They are planting political landmines ahead of your journey into greater political glory and you must be resolute, fight like the man you are and make Delta state a true democratic space for true democracy to thrive. David Edevbie is their choice, not our choice neither the choice of the Urhobo nation.” They stated.