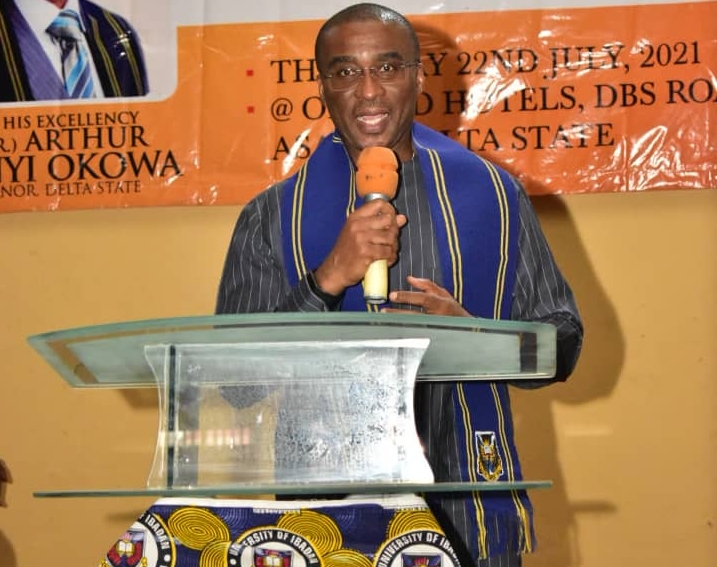 An aspirant for the ticket of the Peoples Democratic Party ahead 2023 Delta State Governorship election, Olorogun David Edevbie, has revealed plans to set up a 500 Megawatts Power Plant when elected.

The plan, he said, is part of the key drivers in his comprehensive vision for the modernization and industrialisation of Delta State.

Speaking at the Delta NUJ Council Television platform, Meeting Point, Edevbie pointed out that without sorting out the problem of power in the state all other things being done would be a waste of time.

“We need to go from a system we inherited from the colonial masters into a more modern system, a current system which is based on value added, based on industrialisation, the economy is knowledge based. That is my vision for the development of Delta State and it is based on a number of key drivers.

The first is energy. In my opinion, if we don’t sort out our energy problem, everything else we are doing is going to be a waste of time. You need to get your power sorted because that is the driver of everything. I have a plan to do that. It is very simple. I intend to build a 500 Megawatts Power Plant as soon, and it can be done within three years if you know what you are doing.

I have done it across the world and I have even done it in Delta. We have an 8.5 Megawatts power plant in Asaba already. I was the chairman of the committee. So, it is not like it can’t be done. It is just that it will be done on a much larger scale. The power generated will meet all our needs and the surplus will be sold to the energy grid of BEDC.

Most people don’t know that we already own about 15% of the equity in BEDC. You (Deltans) are a part owner of BEDC. I have had discussions with them and it will be seamless. So, energy is the first thing I feel will need to be sorted.”

Next to the provision of steady power supply, in his prioritization are ensuring adequate security, job generation and wealth creation for which he praised the incumbent Governor, Dr Ifeanyi Okowa for already laying the necessary foundations. Other key drivers of the Edevbie development agenda includes support for small and medium businesses, boosting agriculture, expansion of infrastructure and efficiency of social services to attract and sustain private sector partnership in the development of the state.

“The next thing is security. Without security, I am afraid, no investor will want to come into your state, whether domestic or foreign. That is an issue that has to be addressed. There are two approaches in addressing the security problem. His Excellency, Dr Ifeanyi Okowa, has already laid the foundation that involves improving the security architecture. I just want to build upon that and focus more on how I can relate with the Federal government. The second step of it is the funding. Again, His Excellency Governor Okowa, has done a great deal in that field and I am just looking to upgrade that. That’s why you have the Security Trust Fund that provides the funding of the security architecture that we have in place. I need far more funding working with the private sector.

“Once we have that in place and we sort out the energy problem, I can’t see any reason why we can’t deploy modern technology in helping to combat crime.  Things like CCTV, drones, they don’t cost that much any longer. Those are things that we can deploy in flashpoints to help us with our security challenges.

“The next driver is job security. We need to focus on job and wealth creation. That covers a lot of gamut of areas but I will start with an excellent Chief Job Creation Office that exists already. I was part of the process and they are doing an excellent job. That’s where things like GEEP, YAGEP etcetera come from. I will like to continue with that and, if possible, increase the scope.

“The next is micro credit schemes. I am an Economist. Everybody knows that the private sector is the engine of economic growth and within the private sector are small businesses that actually drive employment. So I would like to stand a lot more in that area to provide credit for small and medium scale enterprises.

“There are other areas, like agriculture. That is part of wealth and job and job creation but my emphasis would be to try and bring in the private sector, not to try and do it as a government because government has no business doing business. By some estimation, we can generate about $10 billion annually from agriculture.”