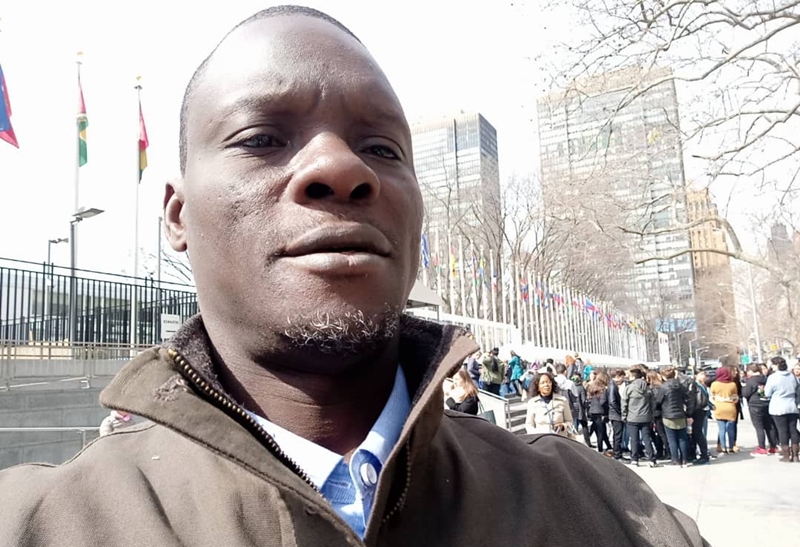 A Warri-based peace and  environment advocate, Comrade Sheriff Mulade has appealed to the All Progressives Congress (APC) in Delta State not to challenge the victory of Dr. Ifeanyi Okowa in the just concluded 2019 governorship election in court, saying his victory reflected the will of Deltans.

Comrade Mulade made the appeal in New York City, USA where he is attending the 63rd edition of the UN CSW conference, 2019.

He advised that it would be in the interest of all Deltans if the APC leadership joins hand with Governor Okowa to build the State and attract investors rather than challenging the outcome of the guber polls in court.

He opined that dragging Sen Dr Ifeanyi Arthur Okowa and the Peoples Democratic Party, PDP to court would amount to a waste of time, energy and resources, as well as a distraction that could slow down government activities and progress of the State.

He called on Governor Okowa to run an all inclusive government that will give a sense of belonging to all Deltans, irrespective of political affiliations so as to promote peace, unity and development in Delta State.

He congratulated Dr. Ifeanyi Arthur Okowa for his victory at the 2019 governorship election, but advised the Governor to see his victory as the will of God for Deltans.

He urged Governor Okowa to focus on delivering democratic dividends to all Deltans through infrastructural development, quality education, environmental sustainability, economic empowerment and career development for the youths and women.