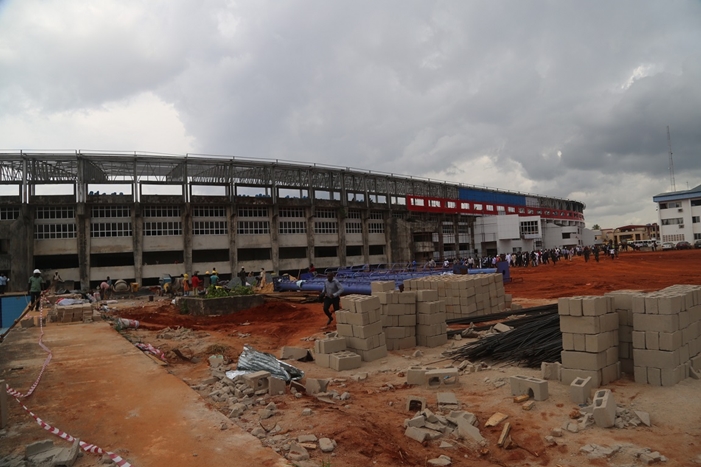 In fulfilment of the pledge of the Delta State government to host the Senior African Athletics Championship, the State Executive Council on Tuesday, May 22, 2018 approved the contract for additional works and variation of the Stephen Keshi Stadium in Asaba.

The state Commissioner for Information, Mr. Patrick Ukah, speaking after the meeting in Asaba, disclosed that the approval is a follow-up to that given for the completion of the second phase outstanding works in the stadium last month by the EXCO.

He further revealed that the EXCO officially approved the hosting of the 21st edition of the Senior African Athletics Championship, tagged ‘Asaba 2018’ which is scheduled to hold from August 1 to 5, 2018.

Mr. Ukah stated that to show the seriousness the Governor of the state, Senator Dr. Ifeanyi Okowa has attached to the project, the Governor took all members of the Council on an inspection visit to the stadium immediately after the meeting to see the extent of work done so far.