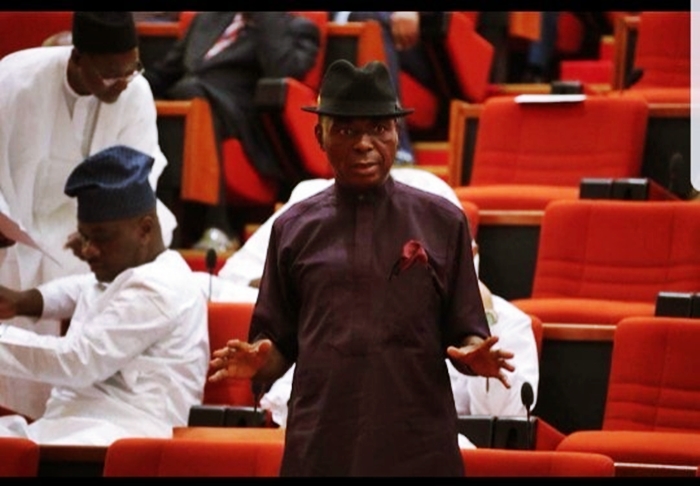 The dream of Senator James Manager, the four-tenure senator representing Delta South Senatorial District of Delta State at the Senate to launch a return for the fifth time has suffered some setbacks as youths in the district have vowed to scuttle his moves to that effect.

Speaking specifically concerning the 2019 elections as it affects the senatorial district, the president of the group, Mr. Saviour Ayibanengiyefa said the Senator has overstayed his welcome in the upper legislative house and his representation of over close to 16 years has not translated to adequate wellbeing of his people.

“Senator Manager shouldn’t even think of contesting primary not to talk of going back to the senate. He has failed us, for over 15 years he has been at the senate, nothing to show for it. You cannot point a single landmark project he facilitated into the district. For 2019, it’s a no, no for him,” Ayibanengiyefa declared.

Continuing, the DSYLM president who was flanked by Mr. Prosper Ewomazino and Miss Aminoma Oritsetimeyin, his vice-president and secretary respectively, said the region is blessed with more experienced and tactful politicians who can do better at the senate.

“Fortunately for us, our district has been blessed with highly experienced people who could negotiate well at the national level for the sake of the development of our area.”

“We call on Senator James Manager to retire from the senate after this tenure to make room for such individuals to put their experience to test. I’m saying this because we hear rumours that Manager is considering another shot at the senate. This is wrong. This is not good enough for us,” he said.

“Take a look at the road leading to his area, it is in a deplorable state. If we had a good representation, the reverse would have been the case. Senator Manager only cares about his pocket, he doesn’t have the development of the area at heart and this must come to an end in 2019,” concluded the DSYLM president.

Interestingly, the incumbent senator, James Manager, an Ijaw man has been returned to the senate on four occasions consecutively. By the end of 2019, James Manager would have spent a total of 16 years in the Red Chambers and feelers from the district reveal that the people are tired of his representation.