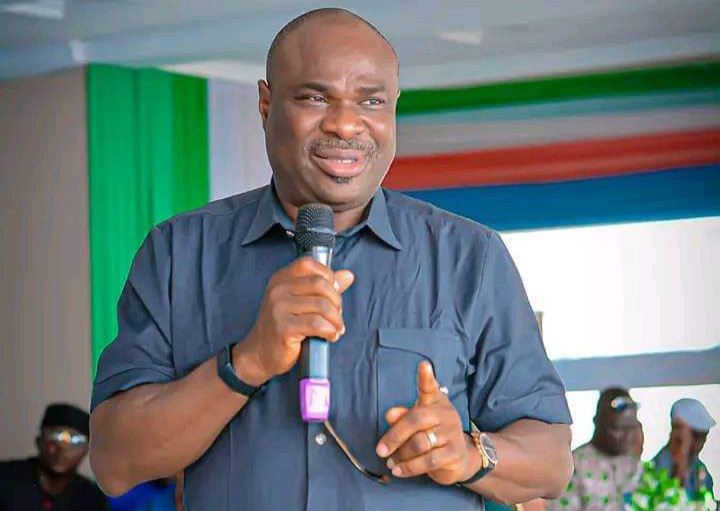 Concerned Deltans for Transparent Leadership (CONDTRAL), has congratulated the All Progressives Congress (APC) candidate for Delta South Senatorial District, Hon. Joel-Onowakpo Thomas, on his emergence as the flag bearer of the party for the district, urging him to ensure that he focuses issue based campaign.

CONDTRAL in a congratulatory message made available to newsmen in Warri, Delta State, signed by its Chairman, Comrade Choice Dumbiri and Secretary, Comrade Ovie Simon, said their interest in Hon. Joel-Onowakpo, was as a result of his impeccable track record of successes both in private and public lives.

The group, describing the Harvard-trained financial expert as a detribalised Deltan whose vision and mission is to deliver quality representation to the people of Delta South Senatorial District in the red Chambers, said time has come for the electorates to begin to question the character, quality, capacity and capability of those we are giving opportunity to hold public offices across the country.

CONDTRAL reiterated the need for Deltans across the three senatorial districts to constructively engage aspirants vying for the various offices in the state, with a view to extracting commitment from them, understanding their knowledge of the offices they are aspiring to occupy, assessing their past lives and offices they have occupied before now and their ability to effectively represent the people.

While saying that the process of leadership selection in the country was the reason underdevelopment has remain the dividend of democracy Nigerian leaders are handing over to the citizenry, it stressed that there was urgent need for deliberate paradigm shift from poor representation to effective and quality representation built on sound selection process.

“Let it be known that our support for you is not based on primordial sentiments but as a result of your impeccable achievements when you held sway as the Chairman of the Delta State Board of Internal Revenue (DBIR), where you brought your wealth of experience to bear. From rented building housing DBIR offices across the state, you took them to their permanent buildings. You touched lives and initiated some programmes that boosted the revenue profile of the state.”

“You ran a transparent and open door policy where you made Deltans to know what the state was generating on monthly basis. You were briefing the press on happenings and developments within the agency. This you did to keep Deltans abreast with the operations of you agency. Since you left, nobody knows what is happening as far as Revenue generation in Delta State is concerned.”

“You may not know us. But in moving forward, we wish to charge you not to go the way of others who may engage thugs to threaten their opponents. Let the people know what you have to offer and ensure that you base your campaign on issues. Deltans, nay Nigerians are wiser now and will vote for credible candidates who have the intellectual capacity to think and come up with policies laws and programmes that will be beneficial to our people. Once again, congratulations. “