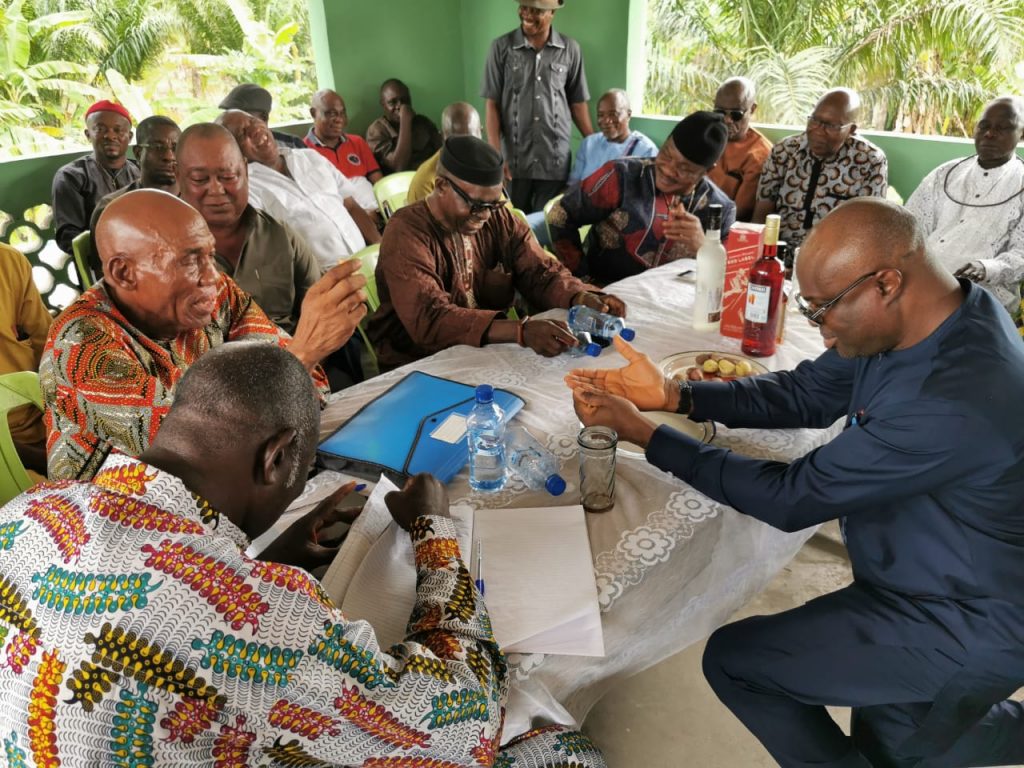 The All Progressives Congress (APC) in Isoko Nation, has endorsed Hon. Joel-Onowakpo Thomas as the aspirant to represent the good people of Delta South Senatorial District in the Senate come 2023.

Leader of All Progressive Congress (APC), Isoko Nation, Chief Lucky Esigie, made this known while receiving Hon. Joel-Onowakpo and his mammoth supporters in his country home at Olomoro, Isoko South Local Government Area.

Chief Esigie, popularly known as Esco, said they were not looking any further in their search for a credible leader that will effectively and capably represent the people of Isoko Nation and Delta South Senatorial District in general, as Hon Joel-Onowakpo has the characteristics needed in a leader they were searching for.

Chief Esigie, describing Hon. Joel-Onowakpo as a worthy son of Isoko Nation, Delta State and Nigeria in general, said APC in Delta South Senatorial District, have implicit confidence in his ambition and will be given the needed support and encouragement to emerge victorious come 2023.

According to him, “The 3i got it right in the person of Joel-Onowakpo, and the whole of APC Delta South have agreed that Joel-Onowakpo is running unopposed.”

Others who spoke including Hon. Benjamin Esien, former House of Assembly member who represented Isoko South Constituency 1 in Delta State House of Assembly, stated that the emergence of Joel-Onowakpo was enough to convince all that had political ambition for the senate to drop same because he is a square peg in a square hole.

Also Speaking, the Leader of Isoko North APC Dcn Isaac Osiobe while also praying for him stated that, “Is God that gives power, and on this senate God will give it to His son Joel-Onowakpo.”

Chief Omo Oneke, the eldest man present, while praying for Joel-Onowakpo said, “I know God will bless the senate race and make you successful.  It it is not Joel-Onowakpo race but all Delta South Race.”

Hon. Joel-Onowakpo,  in his response,  appreciated Chief Esigie and the leadership of Isoko Nation APC for their kind words, encouragement and support since he  indicated interest to run for the Senate.

While describing the support so far given to him as monumental, he assured the leadership of APC in Isoko, Delta South Senatorial District and Delta State at large that he will not let them down, assuring that he will not take the confidence reposed on him for granted.

Visibly joyous, Joel-Onowakpo said that the endorsement has emboldened him to continue to strategies for the real contest.

He also expressed deep appreciation to his teeming supporters, assuring them that with God, the task ahead will be surmountable.  He urged his supporters to keep preaching the good news of APC in the state with a view to winning more members before the general election.