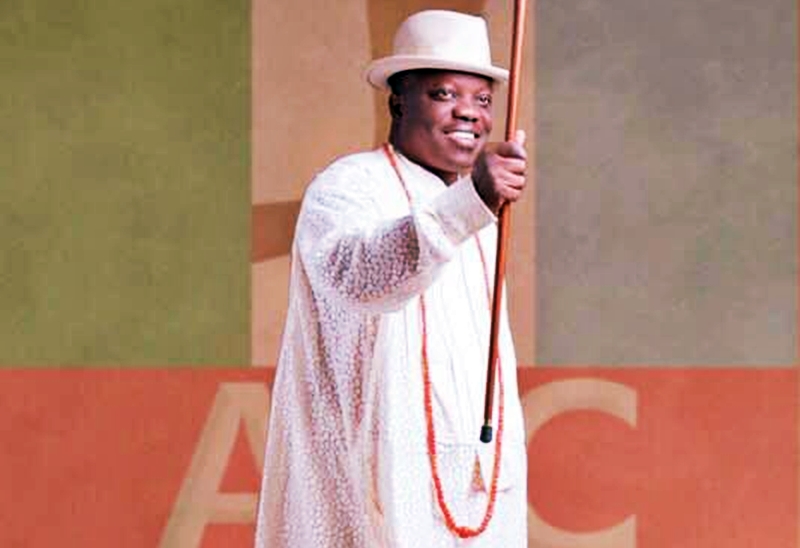 A formidable group in Delta State known as Inspired Youths is drumming support for ex-governor and Delta South senatorial candidate of the All Progressives Congress (APC), Dr. Emmanuel Eweta Uduaghan to represent the zone in 2019.

The group which spoke through their leader, Joy Omodafe reiterated that their support for the former governor was not unconnected with his landmark achievements during his tenure in the state as governor.

She disclosed that they were prepared to mobilize thousands of their supporters who are mostly youths and women from across Delta South Senatorial District come 2019 elections especially as it has to do with their representation in the upper chamber of the National Assembly.

Members of the group whose opinions were sampled agreed that they have not been feeling the impact of democratic dividends for a long time, but in 2019, things would be different as they are looking forward to a quality representation with Dr. Uduaghan at the National Assembly.

Between the two heavyweights who are the major contenders: the immediate past governor of the state, who is of the All Progressive Congress (APC), has been posing a problem to the Peoples Democratic Party (PDP) candidate and incumbent senator representing the district, Senator James Manager as he is generally adjudged to have good ideology and developmental programmes.

Pundits are of the opinion that the former governor is most favoured to represent the people of Delta South who are said to be tired of bad representations by previous representatives.

Their argument is hinged on the fact that those who have been in the National Assembly for the past 19 years have failed to make any meaningful impact on the lives of the people.

The group also disclosed that one of the reasons they are prepared to follow the former governor is that he is synonymous with excellence, “He is not only a hard worker but a master planner whom observers believe stands a better chance with the growing strength and popularity of the APC in the state.

“This political oracle held forte while Chief James Ibori was away and the fortunes of the Peoples’ Democratic Party in the state did not dwindle nor did they lose the state to the opposition.”

Joy Omodafe who is also the managing director of OJ Blizz, a popular event centre in Warri, equally stated that as governor of Delta state, Dr. Uduaghan created a lot of landmark achievements which still stands today in the Big Heart state.

“One, as Delta State governor, he did a lot for the state in health, education, roads, human capital development, job creation and meeting the needs of youths and the aged.

“There is no one who did not benefit from his programmes and this has endeared him to the people. Dr. Uduaghan commands respect amongst all the ethnic groups in the state, so it will be difficult for his opponent to defeat him,” she said.

They disclosed that their resolves to campaign for him was based on his antecedents in peace building and achievements in public offices he held in Delta State.

The group cited some of his landmark achievements to include the 7.6km Umeh Road in Isoko, which ended 30 years of abandonment of the agrarian community, the Abigborodo Bridge project in Warri North, Ugbenu Koko Road, the 0-5 years free health care delivery programme across the state and the revolutionary Uduaghan Park, “which brought transportation across Delta State to an easy and comfortable ride with lowest fares”, and these make him eminently qualified to vie for the prominent legislative position in 2019.

The group also noted the construction of “10 International Model Schools” in the three senatorial districts of Delta State, the construction/renovation of hundreds of schools, the introduction of EDUMARSHAL programme to ensure the downtrodden children go to school free of charge as well as the payment of enrollment fees for SSCE candidates as some other reasons that informed their decision to back Dr. Uduaghan’s senatorial ambition. She also noted that the ex-governor’s current empowerment programmes and provision of teaching and learning materials to schools in the rural areas are quite commendable.

They summed up that a man who sacrificed his senatorial ambition for the sake of peace in Delta State, particularly inter-ethnic harmony in Delta South in 2015 should be given all the necessary support to represent Delta South in 2019. They also describe the former secretary to Delta State Government as “an intellectual and bridge builder with the requisite national as well as international connections for the job.

Speaking further on the immediate-past governor, the group expressed appreciation to the former governor for heeding to the cry of the people from the region, which has been neglected and grossly marginalized by the Federal Government due to lack of robust and effective representation at the upper house of the National Assembly.