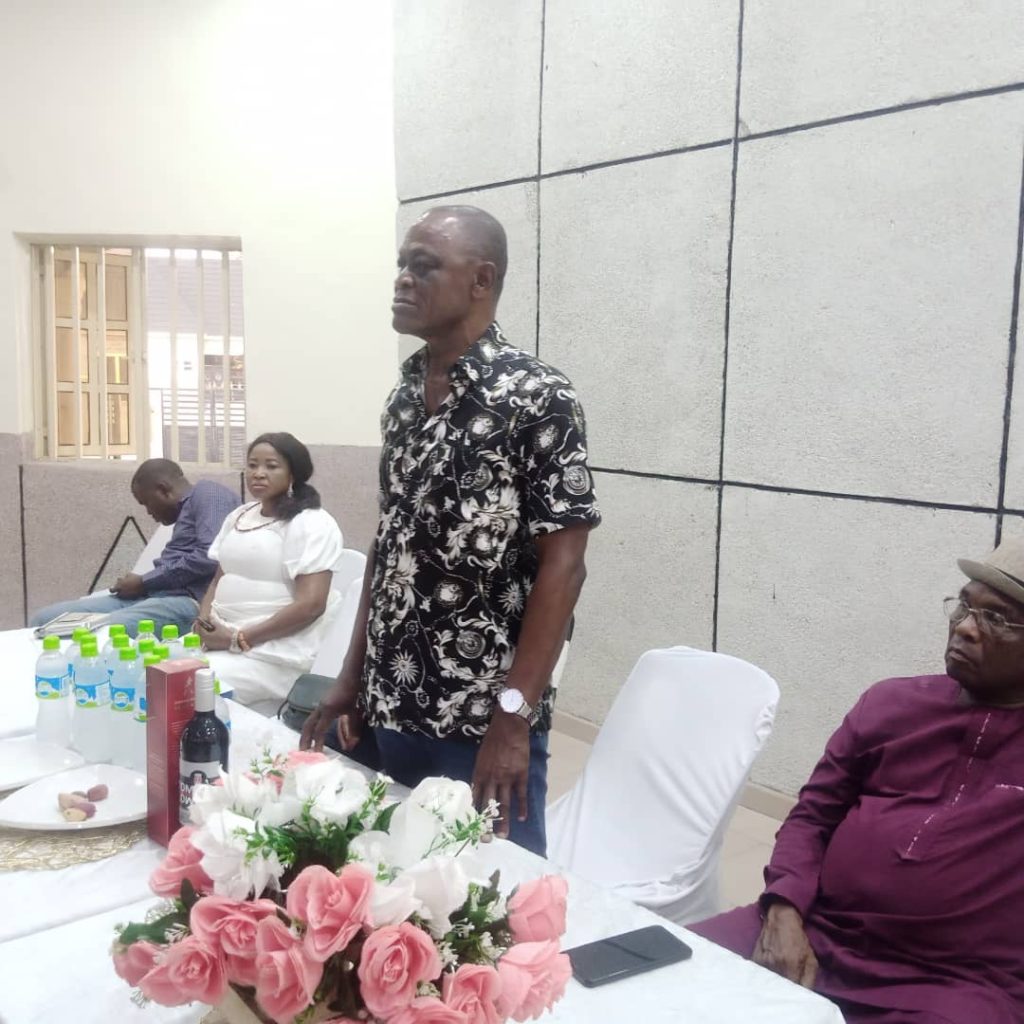 Immediate past Delta State Commissioner for Higher Education and Chairman Board of Trustees of Delta Unity Group, DUG, Prof. Patrick Muoboghare, has said that “The big masquerade”, is still in the Peoples Democratic Party (PDP) and that he cannot be pushed out of the Party.

Prof. Mouboghare made the declaration during the inauguration of Uvwie Local Government Chapter of Delta Unity Group on Tuesday, November 29, 2022.

Former Speaker of Delta State House of Assembly, Rt. Hon. Monday Igbuya, who is the Chairman of Delta Central Senatorial District of DUG, inaugurated the Uvwie Chapter of the group.

Induction of members of Uvwie Local Government Executive of DUG, was immediately followed by inauguration of ward excos, with a charge on them to execute their assignment diligently.

The Chairman/ Coordinator of DUG in Uvwie Local Government Area, who is also the Omamuyere of Uvwie kingdom, Olorogun Esere Kemearerebo Atumu Ejifoma, while responding on behalf of members of her executive, sang the praises of Chief James Ibori.

Ologorun Esere Ejifoma, enjoined members of DUG and other eligible voters in Uvwie Local Government Area, “to use their voters’ card wisely by voting for candidates that will bring good governance to the state,” adding that, “DUG is a group that will deliver their candidate in Uvwie.”

At Udu, Prof. Muoboghare told the Local Government and Ward Excos that whoever will become Governor without including the robust vision and personnel of DUG will never step into the Givernment House of Delta State, urging members to be calm and hardworking at the unit levels.

Prof. Muoboghare while inaugurating the local government and ward executives of Ughelli Chapter of DUG also refuted the statements credited to one Akpovoka concerning Olorogun David Edevbie, stating that with “steadfastness of our National leader and our current principal there is no way anybody can become Governor of Delta State without DUG occupying the front seat.”