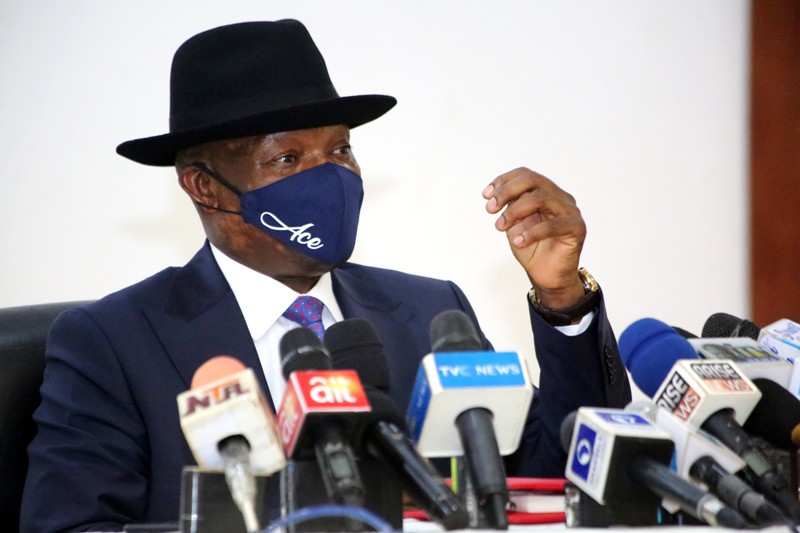 Delta Government on Monday, February 15, 2021 gave owners of lands acquired from it in urban areas for over two years, three months to develop such lands or risk the revocation of the Certificate of Occupancy (C of O).

The Commissioner for Information, Mr Charles Aniagwu, gave the warning at a news conference in Asaba.

Aniagwu deplored the attitude of some persons who acquired land from the state government and left such lands undeveloped for long periods, saying that the situation was impeding the transformation of the environment through urban renewal effort of Governor Ifeanyi Okowa.

He explained that the decision of the state government on the issue was not to witch-hunt anybody, adding that some of the undeveloped lands had become kidnappers’ and robbers’ dens in addition to defacing most cities in the state.

Aniagwu said that the state government had decided to invoke section 5 of the Land Use Act to drive the process.

According to him, nobody in government is looking for land to buy from any “land banker”; the interest of the state government is to develop the state.

The commissioner said that it was counter-productive to leave an acquired land undeveloped after three to 10 years of acquisition, with C of O from the state government.

“The C of O of such lands will be revoked and given to those who are ready to acquire and develop the plots,’’ he said.

Aniagwu stated that the present administration in the state was highly determined to ensure that urban areas were developed to create employment, strengthen security and advance sustainable socio-economic development.

“Individuals who had acquired lands from the state government with Certificate of Occupancy (C of O) have turned themselves into land bankers.

“This means that instead of such individuals to develop the acquired lands, they leave them hence we still see bushes around our cities.

“As from today, Monday, February 15, anybody with a C of O of two years and above on a parcel of land acquired from the state government without any sign of development, will have such land(s) taken over by the government for better development.

“We have not employed anybody as a ‘land banker’. If you have been given a land with a C of O and you have refused to develop the land, the land will be revoked and given to those who need it.

“For clarification purposes, the lands involved are the ones in urban areas in the state that were acquired from the state government with C of O.

“Three months is the maximum time for a land owner, whose C of O is over two years, to commence development, failing which the C of O of such land will be revoked or taken back by the government.

“Our interest is the development of our state, bringing employment to our people and above all, providing security for our people in the cities,” he added.