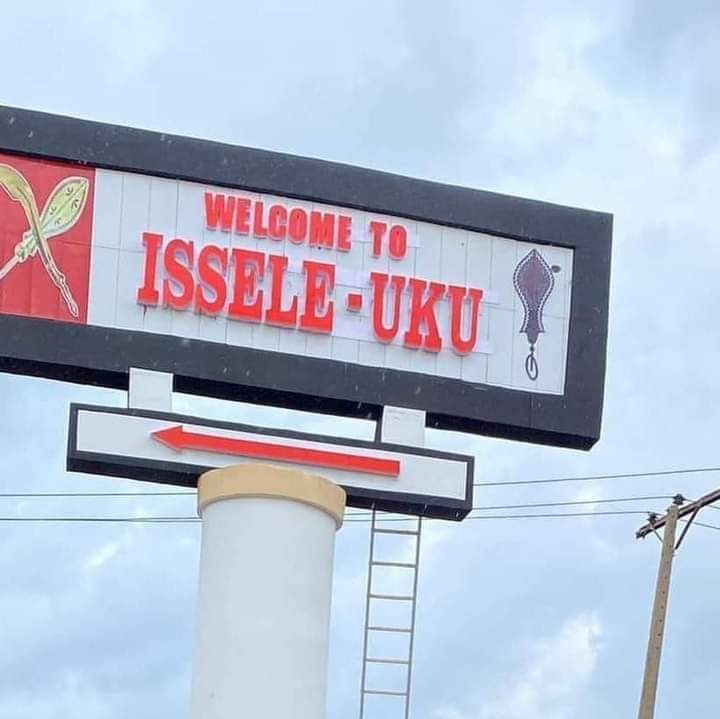 The Delta State Government has said that it regretted embarrassments that the delay on the NYSC National Orientation Camp Road Project work at Issele-Uku, Aniocha North local government area, have caused the Minority Leader of the House of Representatives, Rt. Hon. Ndudi Elumelu and the people of Aniocha North Local Government Area, particularly the people of Issele-Uku, and Onicha-Uku.

The State commissioner for works (Urban and Highways) Mr. Noel Omodon made the State Government position known in an exclusive interview with two online Newspapers, cshowcasenews.com and Banneronlinenews.com in his office in Asaba, Delta State capital.

Omodon said that the delay was partly due to the need to correct a technical defect on the road noticed by the contractor when he initially commenced work on the road, pointing out that he drew the attention of the State Government to it and there was the need to review the contract to accommodate the correction.

He revealed that the correction entails channeling the flood water at the lowest part of the road through Captain Nwosu Street down to a channel by Issele-Uku/Idumuje-Unor road. He also stated that the contracting firm, Neodede Construction Company, was to be partly blamed for not trusting the State Government’s commitment towards taking care of all his fears in the review.

“We want to really appreciate the Minority Leader of the House of Representatives, Rt. Hon. Ndudi Elumelu. He is a very strong and supportive person. He has been very supportive. He is not the kind of person that sits down and waits until a miracle happens. He will always reach out. All the work he has been doing in that area, we are quite appreciative and we want to assure him that we will not let our garbs down.

“Rt. Hon. Elumelu has been very assertive about getting the problem sorted out and he has done a lot, very frankly, but we just feel that we are letting him down because the contracting firm was not following up with his pace. But I hope we are not causing him too much embarrassment.

“We shall definitely catch up with him. We regret the embarrassments it must have caused him, but it is very unfair for the people not to realize that he is doing a lot for them.”

He condemned in strong terms what happened at Idumu-Ogo and said that it is sad and unfair for those people to fail to appreciate all the good works the Minority Leader has been doing.

Omodon further revealed that the contractor has gone back to site on Wednesday last week and that construction of drains along Captain Nwosu Street has commenced in earnest.

The commissioner stated that all that is needed for the road project is being provided for the contractor, adding that sharp sand was approved for sand filling instead of laterite because of the rain. He however, said that the contractor is confident now and that the work is being done according to specifications.

“We are going to try very hard to ensure that we deliver all the roads including the palliative work the State Government is doing at the Onicha-Ugbo/ Idumuje-Ugboko Road. It is a Federal Government road, but we are working on it.

He said in order to tackle the challenge of vehicle movement on the road as work progresses on the NYSC National Orientation Camp Road, moves are being made to activate and open up the ongoing Onicha-Ugbo /Idumuje-Ugboko Road with a view to allowing traffic from Idumuje-Ugboko down to the Benin/Asaba Express Road and there through Onicha-Ugbo down to Idumuje-Ugboko.

“Our problem is that they are shifting all the traffic to Issele-Uku and that is not fair. Our roads there are not meant for such heavy traffic where heavy duty vehicles ply the road often. We are discussing with our contractors handling the Onicha-Ugbo-Idumuje-Ugboko Road palliative work for them to bring in boulders and granites for us to seal off the bad portion along the ongoing project and allow movement of vehicles.

“It is going to cost us much, but we are committed to doing it! Thank God we have gotten a partner, a company that is in the quarry business, their business is being affected and they have agreed to supply the granites. So in no distant time , we are going to bring back all traffic back to Onicha-Ugbo from there, they hit the express and not our roads.

“We are very sympathetic with the pains the people of Aniocha North, particularly the people of Issele-Uku and Onicha-Uku, have to go through as a result of the road.

“Everybody is embarrassed about it and I hope to get all the heavy duty vehicles out of Issele-Uku in the shortest possible time”, he said.

The commissioner assured that moves are on the way to present a memo to the State Executive Council on the need to rehabilitate some of the damaged roads, occasioned by the influx of heavy duty vehicles passing through the Issele-Uku metropolis to access the Benin/Asaba/Onitsha Expressway, particularly, the Ogbeofu Road.