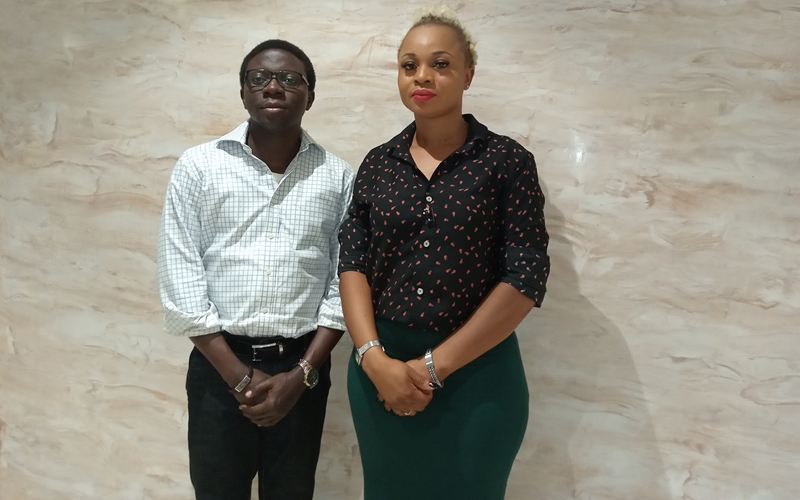 Following the success of the First Edition of the African Fashion Market Festival (AFFMF) held in March 2018, over 20 Top Fashion Designers and Exhibitors from across Delta State are set to storm Asaba for the Season 2 of the Fashion Festival.

The African Fashion Market Festival put together by Delta Fashion Designers (DFD), is set to hold its Second edition from 30th November through the 1st and 2nd of December, 2018 at the premises of the popular shopping center in the state capital, Asaba Mall.

Briefing journalists on the plans and expectations for the programme, the Founder/Convener of Delta Fashion Designers and Chief Executive Officer, CEO, Signature Secret Africa, Mrs Oreva Okowa disclosed that the Fashion Festival is designed to serve as a market for Made in Delta products and a platform for indigenous designers to showcase their works.

According to the renowned and accomplished Fashion Designer, “This event is a platform to promote Fashion Designers around the world, creating avenues and finding market for Fashion Designers to sell and network. The 1st and 2nd edition of this Fashion Festival being held in Asaba is to basically promote Made in Delta State products such as the ‘Akwa-Ocha and Akwa-Oma’ which is the only fabric produced in Delta State.”

Mrs Okowa lauded the efforts of the Delta State Government under the present administration of Governor Ifeanyi Okowa for creating the enabling environment to improve on the production of Akwa-Ocha fabrics and going further to train youths in Fashion Design through the Job Creation programme, STEP.

“The Akwa-Ocha fabric produced in the Delta North Area of Delta State means White Clothes and was exclusively reserved for traditional ceremonies but the present Governor, Sen. Dr. Ifeanyi Okowa who believes in productivity and unity in diversity, changed the old tedious method of its production which usually took between 3 Weeks and One Month to produce One wrapper to a more modified and improved method which now takes 4 Days to produce One Wrapper.

“This improvement led to the rebranding of the fabric which His Excellency, Dr. Ifeanyi Okowa called the Akwa-Ocha and Akwa-Oma which now comes in various patterns and colours just like the famous ‘Kente’ of Ghana and the popular ‘Ashoke’ of Yoruba found in both local and international markets today.

Mrs Oreva Okowa hinted that one of the Stepreneurs who was trained by the Delta State Job Creation, Mrs Precious Nwaise, CEO, Mega Eco Fashion, will be headling this edition because of her commitment and success stories.

Speaking on the preparedness of Asaba Mall to accommodating exhibitors and prospective customers within the 3 days event, a representative of Asaba Mall, Mr Jide Oladimeji expressed confidence that the shopping arena is fully ready in ensuring security and shopping experience to Deltans and Nigerians who are billed to partake in the Fashion Festival.

He commended the Convener of the event for the initiative and for partnering with the Mall, noting that success of this second edition will undoubtedly surpass that of its maiden edition which according to feedback, recorded positive turnovers.

The Second Edition of the African Fashion Market Festival which will also feature a Runway Session, will witness successful designers such as; Signature Secret Africa, Mega Eco Fashion, Otes Make Over, Neopele, Gizzo Clothing, Macggon, Luvaghi and other great creative designers in Delta State, exhibting and showcasing their products ranging from Akwa-Ocha and colourful Akwa-Oma, ready to wear traditional outfits, Leather bags, shoes and other works from the leather factory at Issele-Uku, products from the Job Creation STEP Programme and other products at discounted rates.