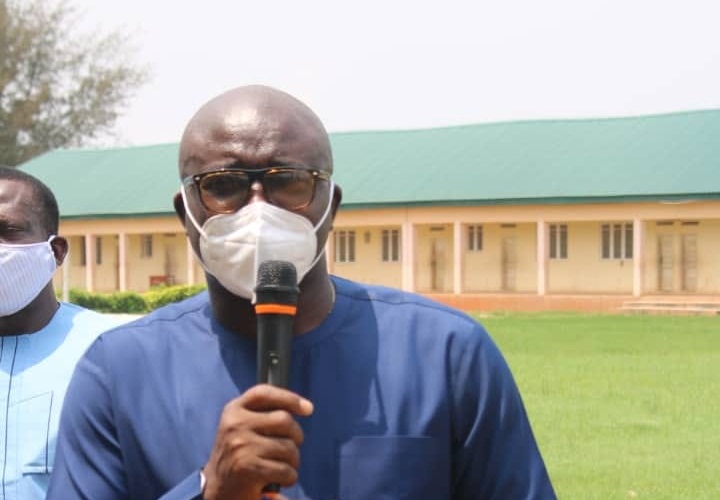 The Delta State Commissioner for Basic and Secondary Education, Chief Patrick Ukah has ordered the immediate closure of all private lesson centres in the State, adding that the decision became necessary in the interest of public good.

He gave this executive order when members of the Delta State Child Rights Implementation Committee paid him an advocacy visit in his office on Wednesday, February 17, 2021, in Asaba.

Ukah affirmed that if the Child Rights Committee had been backed by law, that means his job had been made easier to begin to take certain decisions as they affect child protection policy of the State.

He said the Ministry of Basic and Secondary Education needs to go into practical partnership with the State Child Rights Implementation Committee with meticulous strategies to sweep off roaming children from the streets and then put mechanism in place to deal with offences against children.

The Commissioner there and then instructed the Director in charge of the Department of Advocacy and Mentoring in the Ministry, Dr. Emechili to commence working with the Committee towards building a strong synergy for the mentoring of school children in the State.

Chief Ukah therefore, ordered that lesson centres should be closed and henceforth apply to operate as private schools for proper regulation.

Earlier in their request, the Child Rights Implementation Committee through the Chairman, Mrs. Kevwe Agas had appealed to the Commissioner to investigate the activities of the proprietor of Uncle Ken’s Lesson Centre, his brother and pastor and other tutors who had been alleged to be involved in serial molestation, rape and sexual assault on their girl students.

Agas reminded the Commissioner that as a critical stakeholder in the implementation of the Child Rights Law as domesticated in Delta in 2009, the focus of the law is to ensure that children are able to maximize their potentials through the four components of the law – Child Survival, Child Protection, Child Development and Child Participation.

In addition, the Executive Assistant to the Governor on Special Duties, Barr. Bridget Anyafulu reported to the Commissioner a number of rape and sexual assault cases involving Mr. Ken Inetianbor of Uncle Ken’s Lesson Centre, his brother and pastor, Hope Inetianbor and others on minors under their care, which the Committee had handled in the last one year.

Anyafulu stressed that the suspects had a way of making their rape victims stop talking after a case of either molestation, rape or sexual abuse had been opened.

According to her, in the last case, the 17 year old girl became a hostile witness against her family, while the recent one involving Pastor Hope Inetianbor with another 17 year old girl; the girl’s family was pressured into accepting to settle without involving the Committee and Police.

Her words, “We can’t continue to condone such lawlessness and outright disregard to constituted authority. We are using this advocacy to sound a note of warning, that we are ready to implement the law. We can as well arrest anybody who succumbs to pressures from law breakers as well as victims who refuse to testify or are compromised”, Anyafulu posited.