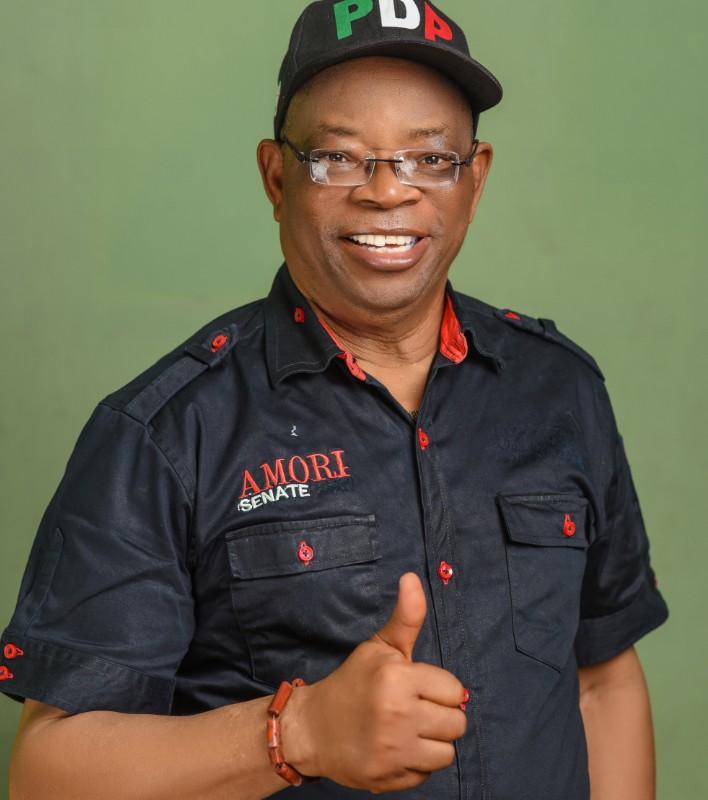 Plans have been concluded for the official declaration of a founding member of the Peoples Democratic Party (PDP) in Delta State, Senator Ighoyota Amori, for the Delta Central Senatorial seat in the 2023 general elections.

Amori, who is currently the Deputy National Organising Secretary of PDP is set to declare his intention to be the voice of the Urhobos of Delta State in the Red Chamber on Saturday, March 19, 2022, at his Mosogar country home in Ethiope West Local Government Area beginning at 12 Noon.

The declaration to be chaired by renowned professor of English Language, Prof Hope Eghagha has the former governor of the state, Chief James Ibori as Special Guest of Honour, his successor, Dr Emmanuel Uduaghan, Guest of Honour and Chief Mike Adiotomre, father of the day.

Following the Pan Delta disposition of Senator Amori, the declaration is expected to be graced by party leaders and eminent personalities across the state and beyond.

Senator Amori is currently the National Chairman of the Delta Central 2023 (DC-23), a foremost political lobby group in Delta State championing the rotation of power amongst the three senatorial districts of the state.

He was the founding Publicity Secretary of the PDP in Delta State and Political Adviser to three former National Chairmen of the party.

Amori has also held several positions including Delta State Commissioner for Education during which three polytechnics were established in the state, that of Water Resources and Political Adviser to former governors Ibori and Uduaghan.

The Mosogar born political tactician and strategist is renowned for his mobilisation of the PDP to victory since 1999 in Delta state.

2023: MSD Lists Criteria For Next Delta Governor, Kicks Against Ethnic Extremists
David Edevbie: Pushing for the Delta of our Dreams with Clarity of Vision and Commitment to Excellence
Advertisement