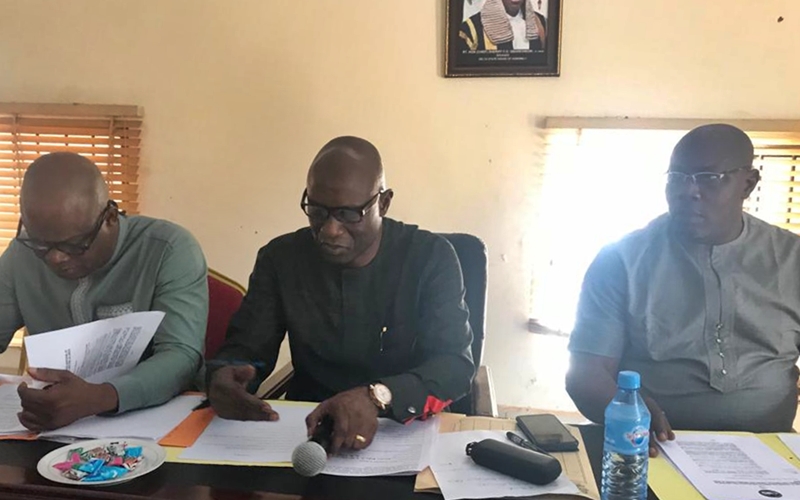 The Chairman, House Committee on Health, Delta State House of Assembly, Hon Austin Uroye has called on stakeholders in the health sector to adopt a systematic approach in improving the quality of care for maternal and neonatal health.

Hon Uroye made the call at a public hearing organized by his committee on a bill for a law to provide for effective surveillance and response of maternal and perinatal death and other related matters.

The public hearing which drew participants from far and near was held at the State House of Assembly Complex in Asaba.

Addressing participants at the public hearing, the Chairman House Committee on Health, Hon Austin Uroye disclosed that a World Health Organization report released in 2015 indicated that Nigeria contributed 20% to Global Maternal Deaths, amounting to about eight hundred and fourteen (814) deaths per one hundred thousand (100,000) women, which is approximately fifty eight thousand (58,000) deaths each year.

On perinatal death, which is the occurrence of death of a fetus at seven month of pregnancy and above, or the death of a baby within seven days after birth, the Lawmaker said Nigeria had the poorest statistics which the World Health Organisation puts at thirty nine to one hundred and thirty deaths per one thousand.

Some Stakeholders at the Public Hearing

He pointed out that the public hearing by the State Assembly was to seek the inputs of stakeholders to the executive bill before the house which is one of the steps by government towards addressing the frightening statistics.

Explaining to stakeholders in the health sector on the importance of the bill, Hon Uroye who represents Warri South One Constituency said it provides for the establishment of a statutory committees to carry out maternal and perinatal death surveillance and response.

He stated that making the committees and their functions statutory will ensure that the tasks are carried out and allow the issue of maternal and neonatal health always in the front burner.

Hon Uroye flanked by two other members of the Committee, Hon Charles Oniyere and Hon Kenneth Ogba, maintained that the state legislature viewed the bill as a welcome development.

In their contributions, the Executive Assistant to the Governor on Primary Healthcare, Dr Alphonsus Ojo, and others, described the proposed law as apt, stressing that the will strengthen government drive for quality health care services in the state.

The said similar bills had been passed in some states in Nigeria and called for all inclusive surveillance and response committees.