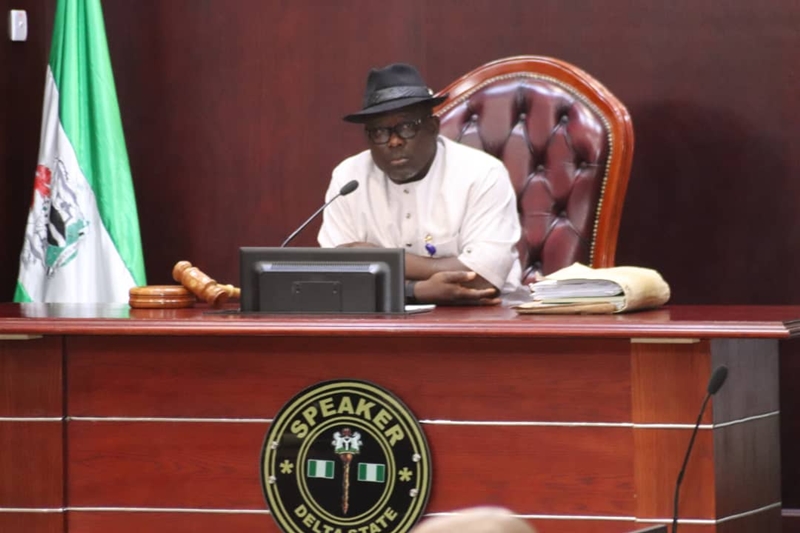 The Delta State Sickle Cell Centre Bill has been passed by the State House of Assembly.

The passage of the bill at Tuesday, April 2, 2019, plenary presided over by the Speaker, Rt. Hon. Sheriff Oborevwori followed a motion to that effect by the Majority Leader Hon Tim Owhefere and was adopted.

The House had resolved into a committee of the whole to continue the consideration of the report of the Hon. Alphonsus Ojo led House Committee on health which scrutinized the bill.

The Speaker Rt. Hon. Sheriff Oborevwori said members went through the bill painstakingly with explanations contributions and amendments made.

The Speaker thanked members for the passage of the bill saying that it with create awareness on the Sickle Cell disease and how best to avoid it as well as help Deltans live healthier.

Speaking on the passage of the bill, the Chairman, House Committee on Health Hon. Alphonsus Ojo said the bill when signed into law will help provide a centre primarily for the education, awareness, treatment and care of sickle cell sufferers. Hon. Ojo who is a co sponsor of the private member bill noted that over sixty percent of sickle cell sufferers die before the age of eighteen  though it is preventable but not curable.

The lawmaker said the bill will provide support for sufferers stressing that the wife of the governor and founded 05 initiative, Dame Edith Okowa had done much by building Sickle Cell Centers in different local government areas across the state to assist persons with the disease get treatment and education.

Hon. Ojo who represents Ukwuani constituency in the House said the bill when it becomes operational will also create employment as a centre and a Board will be set up and personnel engaged, adding it will have a Chairman and three members, one each from the three senatorial district.

The Delta State Sickle Cell Centre bill is for a law for the establishment of a center vested with powers to collect, coordinate and distribute data, best practices and findings regarding the programs.