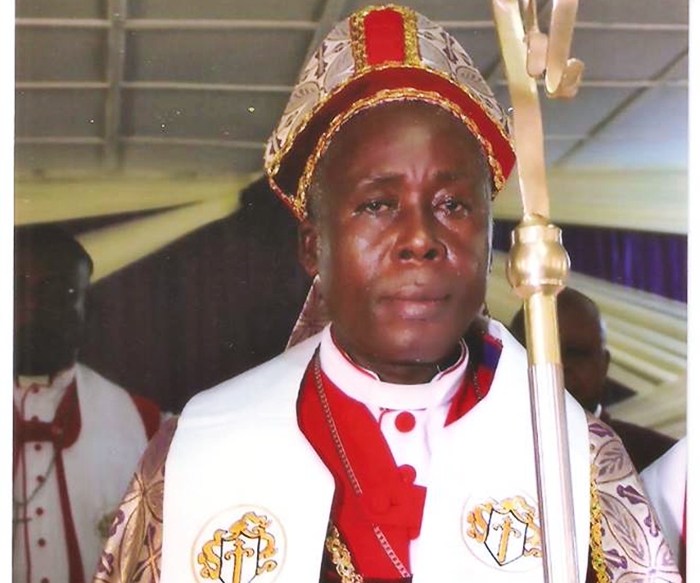 The immediate past governor of Delta state, Dr Emmanuel Uduaghan has been criticized for the recent statement accredited to him, that he had been causing the failure of the opposition party, All Progressives Congress, APC, to loose election in the state, and they are now ready to upturn the table, to take power from the Peoples Democratic Party, PDP.

Reacting to the statement, the Executive Assistant to the Governor of Delta State, on Religious Matters, Bishop Greatman Nmalagu, said that the thought by the highly respected former chief executive officer of the state is unbecoming of someone who for 16 years was at the top of administration of the state, saying that the idea of taking over the state will be an effort in futility, as their dream and thought will end in a big joke.

“It is a futility, dream and thought by Dr Emmanuel Eweta Uduaghan and APC that they are wrestling power from PDP. All of them are jokers.”

The Aide to the governor, said for confessing to the previous failures of the opposition party to gain power in the state, the former governor will cause them more failure. “The Ex-governor has said that he has been making APC fail elections in Delta state. Certainly, he shall make APC to fail beyond human imaginations.” Nmalagu affirmed.

He stated that Nigeria and Nigerians are passing through a rebirth period, as they have realised that, the APC, and President Muhammadu Buhari bad government is preparing to remain in power through force and false elections, as had been indicated in the Ekiti and Osun elections.

“Nigeria is passing through a rebirth period. Nigerians and entire world are now aware that APC and Buhari’s bad government is preparing to remain in power through force and false elections.”

The clergyman stated that the unfortunate thing is that the agencies of government which were established to work for the people are now extensions of the All progressives Congress, as they had continuously acted against the people, and this had reawaken the people of Nigeria, and the Nigerian voters, that they are not neutral.

“The INEC, Nigerian Army, Police and other security agencies have proved that they are extensions of APC. That they are not neutral. Therefore, politically minded Nigerians are born again. The electorates are getting set to vote and defend their votes to ensure that this bad government is voted out.”

Bishop Nmalagu questioned the rationale behind the intimidation of the electorates, whereas, the same government had refused to protect Nigerians who are been killed by the herdsmen and Boko Haram Terrorists.

“Imagine, the herdsmen and Boko Haram are killing people with impunity, APC and Buhari’s thugs with the assistance of security agencies are intimidating, harassing, unlawfully arresting and killing innocent voters and members of opposing political parties.”

“To enable APC thugs rig election and kill people with impunity like the herdsmen are doing the army used very many hours in shooting guns to put fears in the minds of voters.”

During Osun elections, the army and police ensured that PDP agents were mercilessly terrified. Hence, some of the agents ran into hidden to save their lives.”

“The boasting of APC and Uduaghan in Delta state that they are taking over power in 2019 is a mere noise. What APC did in Ekiti and Osun states election cannot work in Delta state, unless they are ready to kill all the Christians, PDP members, civil servants, and the entire Deltans, local and international observers. The INEC and security agencies must be ready to be neutral to allow free, credible and fair elections.”

Bishop Nmalagu while congratulating Nigerians on the 58 years Independence Anniversary, however said that there is nothing like independence in Nigeria, as there is no good government.

“Independence is not actually in Nigeria for lack of good government. There is no freedom of speech. Pressmen and media houses are in fear, free and fair election is not guaranteed by INEC.”

“There is no freedom of existence in Nigeria, people are been killed like domestic animals, as cows are safer and happier in some parts of Nigeria than human-beings.”

“Nigerians are clamouring for restructuring for human freedom and developments, while the present administration of APC and Buhari is clamouring for cow colonizing in the south, East, west and middle belt so that through it they will claim our lands, enslave us more and possibly give direct room for Boko Haram and herdsmen to invade our states and have  access to continue the killings with impunity without arrest of the killers.”

He called on Nigerians to rise and defend the country, so that they will have a nation they will call their own.

“There is nothing like independence in actual sense in Nigeria because the masses are in pains, sorrows and perpetual fear. Nigerians, it is time to pray harder and be ready to liberate ourselves from this bad condition for a true independence.