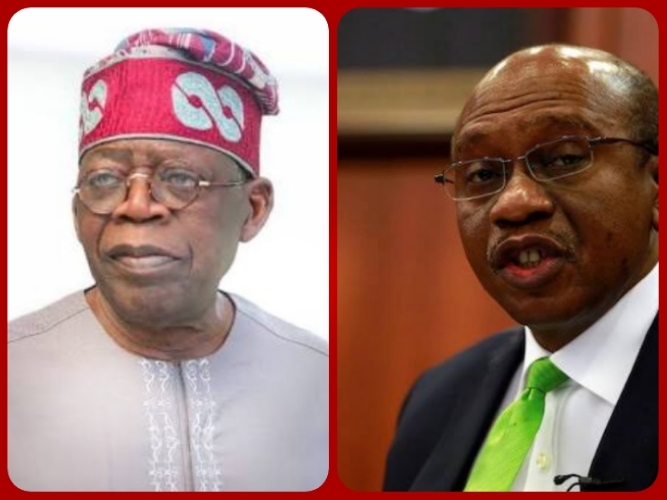 The coverted efforts being made by the Loyalists of the National Leader of the All Progressives Congress, APC, Senator Bola Ahmed Tinubu, in the House of Representatives to Force the Governor of the Central Bank of Nigeria, CBN, Dr Godwin Emefiele to immediately tender his resignation over his Presidential ambition to pave the way for the former Lagos State Governor has hit the rock.

It was gathered that the loyalists being led by the Speaker, Rep. Femi Gbajabiamila had perfected the plan to pass a resolution at the emergency plenary session earlier summoned for Monday, May 9 that CBN had abused his office by purchasing the Presidential nomination form under the APC while still in office and as such should tender his resignation failure which the President should sack

According to findings, when the alleged plan came to the knowledge of the lawmakers loyal to the CBN boss across the political parties, they reportedly regrouped and marshalled plans to counter the move and resolved to sack all the APC principal officers for supporting such action

According to our source, “we received a notice of an emergency plenary session, we were made to believe that the session was to discuss the crisis in the Nation’s Aviation sector, we supported the idea but only for those championing the Presidential ambition of Bola Tinubu to go and work on another agenda which is to force the CBN governor out of office immediately because of his perceived Presidential ambition, this is not a Banana Republic

“The latest information is that the lawmakers that are against the move have gone back to the drawing board to counter the ignoble move, the entire Principal officers of the ruling party will be impeached immediately and they will have to explain to the whole Nigerians and the entire World how they padded the last National budget , we have the facts and figures of what we are saying”

It was gathered that following this development, the speaker quickly resolved that the crisis in the Aviation sector should be handled by the Leadership of the house involving all the leaders of the Political Parties in the house.

Consequently, the Speaker reportedly directed the Clerk to the House of Representatives, Dr. Yahaya Danzaria to issue an official statement for the cancellation of the emergency plenary earlier slated for Monday.

In the statement, the Clerk said that the leadership of the House of Representatives has cancelled the proposed emergency plenary session scheduled to hold on Monday, 9th May, 2022 over the lingering crisis over hike in the price of Aviation fuel otherwise called Jet-A.

The memo dated May 8, 2022 reads, ‘I am directed to inform all Hon Members, staff, media and the general public that the House hereby cancels the Emergency Plenary Session earlier scheduled for tomorrow 9th May, 2022.