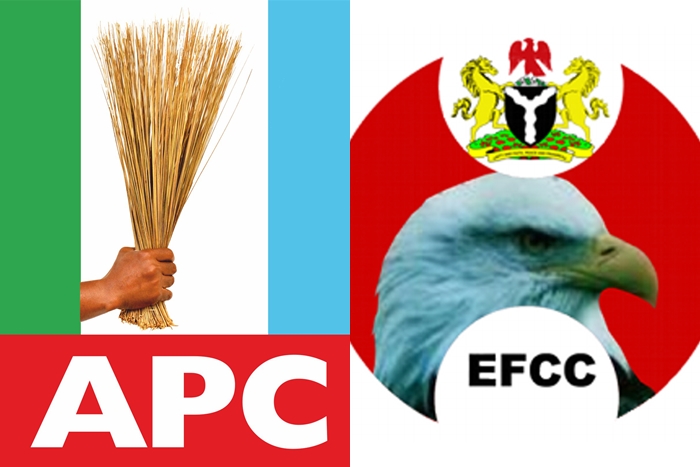 She was remanded alongside four others for allegedly using their offices while serving as board members of the Edo State Universal Basic Education Board (SUBEB) to award contracts to their cronies after collecting various sums of  money from them, an act punishable under section 98b (1) (a) (II) of the Criminal Code, CAP. 48, Laws of Bendel State of Nigeria, as applicable to Edo State.

They however pleaded not guilty to the 50 count charges leveled against them by the Economic and Financial Crimes Commission.

Counsel to EFCC, Dr. Ben Ubi argued that the accused persons be remanded in prison custody to enable him study their bail applications.

“Five applications were served on me today and I needed time to study them. Therefore, I pray the court to remand them in prison custody to enable me study the documents”, he said.

Counsel to the third and fourth defendants, Ohio Candy (Esq) argued that their offense is bailable and not a capital offense.

He submitted that a speedy bail would grant the accused persons the opportunity to prepare their case.

He argued further that the era of technical justice was over and that the court should use its discretion to grant the accused persons bail.

“Most of them are above 50 years and have health challenges especially the first accused person who was abducted this year.

“I plead that the court should consider their age and health status because if anyone falls down and die, who will continue the case?” he asked.

After listening to their arguments, the presiding judge, Justice Ohimai Ovbiagele ordered that the accused persons be remanded in prison till October 9, 2017 to enable the prosecution counsel study the bail applications and reply.

The substantive case was adjourned to 26 and 27 October for definite hearing.

Mean while, the Edo state chapter of the All Progressives Congress (APC), has disclosed plans to begin the Biometric Registration of members across the 192 Wards in the state.

The APC state Publicity Secretary, Chris Azebamwan gave the indication at a Media briefing on Thursday in Benin City.

The resolution was reached after an enlarged state Working Committee meeting and Local Government Party chairmen in the state which was held on Thursday.

He said the Registration which cuts across party lines, would help to strengthen the membership base of the party ahead of the 2019 general elections.

He noted that the initiative would help to boost membership drive and allow other members of the public as well as other party members to join and contribute their quota towards the development of APC.

Azebamwan explained that “All matters relating to Indiscipline within the rank and file in the party have been resolved and closed”.

He also said the party has successfully monitored the performance index of the party in the state ahead of future polls.

According to him, the party has established a feedback mechanism through the engagement of 192 Special Assistants to the state governor, Godwin Obaseki.

On the trial if the state woman leader of the party for alleged fraud, he said he would not comment as the matter is in court.