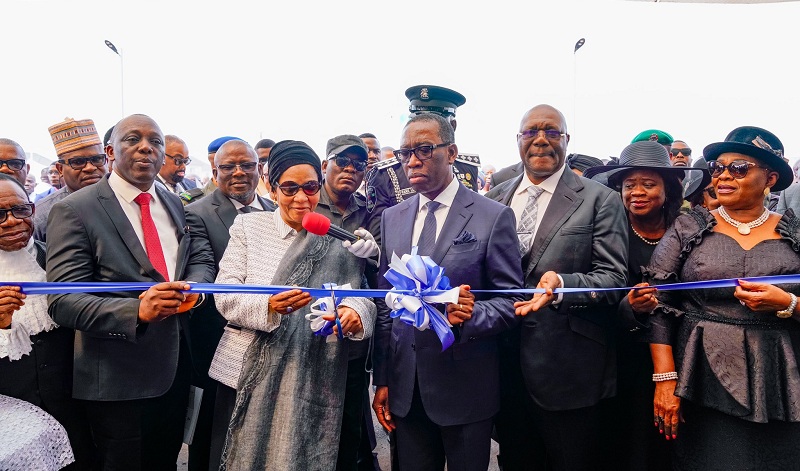 Delta State State Attorney-General and Commissioner for Justice, Mr. Peter Mrakpor has said that the inauguration of the Court of Appeal, Asaba Division was a strong representation of the Delta State Government’s commitment to the rule of law, social justice, and the willed determination to ensure that distance or geographical location was not a barrier to access to justice.

Mr. Peter Mrakpor stated this on Thursday, February 6, in his Office, during an interview with some Journalists where he said that a functional, responsive and dynamic judicial system constitutes an indispensable component of good governance.

He hailed the establishment of the Court of Appeal in Asaba, which he described as the expansion of the frontiers of justice in the State as well as bringing justice closer to the people regardless of their domicile.

The Justice Commissioner who opined that justice was the greatest interest of man on earth and the ligament which holds civilized beings and nations together, averred that courts of law, especially those in the higher rungs of judicial hierarchy form the backbone of the edifice of the Nigeria judiciary.

“Our society has a legitimate expectation from the judiciary to provide them access to justice in a speedy manner. Access to justice means unhindered, expeditious justice to every individual which also bring to the fore, the State Government’s commitment to the rule of law and quick dispensation of justice” the Attorney-General said.

“Delta State was created on the 27th day of August, 1991 and for 29 years, we were using the Court of Appeal, Benin Division as applicable to Delta State and with the inauguration of the Asaba Division of the appellate Court, the narrative has changed.” Says Mrakpor.

While commending the efforts of the State Governor, Senator Dr. Ifeanyi Okowa and that of the President of the Court, Justice Zainab Adamu Bulkachuwa for the establishment of the Appeal Court in Asaba, the Chief Law Officer to the Delta State Government concluded by saying that with the complex which comprises six Judges’ Chambers, two effective and functional court rooms with over a thousand sitting capacity gallery, lawyer’s pool, an e-library and other state of the art facilities, the metaphor of access to justice has become a reality in letter and in spirit.