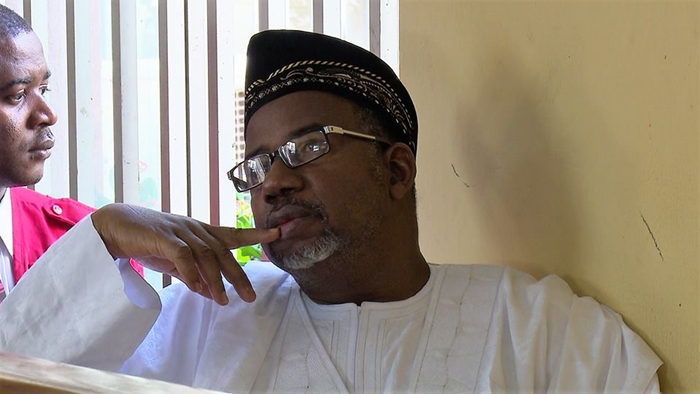 Former Minister, Bala Mohammed who is currently facing a 6-count charge of financial abuse leveled against him by the Economic and Financial Crimes Commission (EFCC) was today, May 12, 2017, granted bail.

The former Federal Capital Territory (FCT) Minister who was remanded in Kuje Maximum Prison on Wednesday, was granted bail with a bond of N500million by Justice Abubakar Talba of FCT High Court, Gudu.

The court also ordered Mohammed to produce two sureties in like sum that must be a serving senator and a director in the Federal Civil Service, with landed property in the FCT.

The sureties must possess certificate of occupancy of the said property, and evidence of payment of tax in the last three years.

The defendant was also ordered to deposit his international passport with the registrar of the court.

The bail conditions was determined and confirmed by the EFCC prosecutor, Mr Johnson Ojogeane and the defence counsel, Chief Chris Uche (SAN).

Justice Talba said that the prosecution during the last adjourned date had asked for stringent bail conditions due to the gravity of the offence, while the defence had asked for bail on liberal terms.

“The applicant has placed before this court sufficient material to warrant his bail,’’ the judge noted.

He also said that bail is a human right issue, bound and protected by the constitution.

Bala Mohammed is facing a 6-count charge bordering on false declaration of asset, abuse of office and graft to the tune of N864 million.

The case was adjourned till July 4, for hearing.