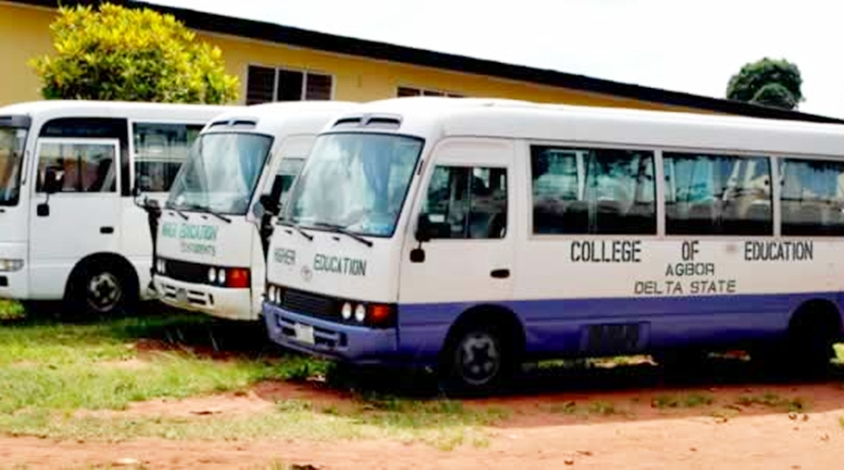 The Provost, College of Education, Agbor, Dr Joseph Ukadike has revealed that the College will soon sign a memorandum of understanding with Tennessee State University, United State of America to commerce the building and upgrading of the Theatre Arts Department of the college to meet up with international best practices.

Dr Ukadike revealed this when he received a delegation from Tennessee State University in his office to fine tune a memorandum of understanding between the two institutions.

The provost who received the delegation with the Principal Staff of the College explained that the coming of the delegate from Tennessee State University to discuss on the way forward in commencing the upgrading of the Theatre Arts Department was a dream come true in that he had been pursuing the project for quite some time.

He disclosed that the upgrading of the department which would include the building of a brand new Theatre Department, installation of the state of the art facilities and modern mass communication gadget, will not only improve the quality of education in the institution but serve the communication needs of Agbor town and its environs.

Dr Ukadike particularly thanked Prof Patrick Idoye, a lecturer in Tennessee State University who is the brain behind the project while promising to cooperate with Tennessee University in order to bring the project to a logical conclusion.

Prof Richie added that by that project, Tennessee University would have succeeded in fulfilling one of her cardinal objectives which is the development of the immediate community thus improving the life of people within the vicinity of the project.

He further revealed that Tennessee and the College of Education, Agbor are partnering in order to deepen the Education and practical dimension of theater and communication studies at college of Education so as to rebrand the college and heighten its profile on institution within the framework of international best practices.

He reiterated that the project when fully established as proposed would not only serve the institution but other institutions around Agbor as well as the entire humanity.

He said that the department has enough qualified staff to teach and handle the equipment and that when the equipment are fully installed that they will try their best to protect and maintain them for durability and effectiveness.

The high point of the occasion was the choosing of a conducive site for the commencement of the building with the provost taking the delegations to different plots of lands within the college environment for them to make a choice.